On Sunday, we welcomed longtime CT BG supporter, Clyde Proch, back to the WHUS airwaves as he was our Guest DJ for an hour's worth of great programming. This was not Clyde's first time behind the mic at WHUS, as he also did a Guest DJ slot in May 2008 (that visit pictured here). In addition to being a great supporter of BG music, in general, Clyde has helped us out A LOT at WHUS over the past few months. He was one of our great phone-answerers during Radiothon back in March, and earlier this month, he served as our "shuttle driver" when we needed someone to make sure both the Spinney Brothers and David Peterson wouldn't need to worry about parking at the UCONN campus on graduation weekend when we got a chance to feature them performing live at WHUS. Clyde does a whole lot of emceeing at various BG festivals throughout New England, so he spent his hour talking about a few of those festivals, and, of course, playing some great music from acts featured at each festival. Look for Clyde at a festival near you, but especially this coming weekend at Strawberry Park in Preston, the Jenny Brook Bluegrass Festival in Tunbridge, VT, the Basin Bluegrass Festival in Brandon, VT, and at the Podunk Bluegrass Festival in East Hartford. Clyde's musical choices are marked in the playlist below in red. Thanks for doing a great job, as always, Clyde! 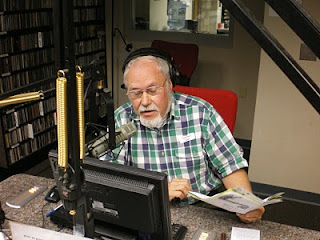 In recent weeks, the great new BG releases have been arriving like crazy at WHUS. There's so much fine music to play, it's almost like we just don't have time to fit in everything. That can be super-frustrating, but at least we know we'll not be at a loss for programming ideas in future weeks. Some of the fine new (or newer) CDs we got to play yesterday: "Plastic Heart" from the Old Time Bluegrass Singers; banjo man Ben Greene's "Bluegrass Sideman;" a gospel CD from the Gary Waldrep Band called, "Road Leading Home;" Oregon band Jett's Creek and their recording called, "Guilty;" songwriter Mark Brinkman's CD featuring a bunch of his great tunes, "On The Brink Of A Dream;" the Kathy Kallick Band's "Between The Hollow And The High-Rise," and the second Rebel recording by Junior Sisk & Ramblers Choice called, "Heartaches And Dreams." Phew! Be assured you'll be hearing plenty more from ALL of these CDs in future weeks at the "BG Cafe."
And we couldn't let Memorial Day weekend pass without playing a few tunes appropriate for the holiday. Remember, the day isn't just about picnics, parades, big sales, and family gatherings (although some of those things can be fun). Hope you've been able to take a moment this weekend to reflect on members of the Armed Forces who have given -- and continue to give -- their "last full measure" for this country. Thanks to all of them...
We hope to see you at the Strawberry Park Bluegrass Festival coming up this weekend. Look for Jim on the stage, as he'll be doing some of the emceeing.
Have a great week, and, as always, thanks for listening...
Amy
Posted by Bluegrass Cafe at 11:05 PM No comments: 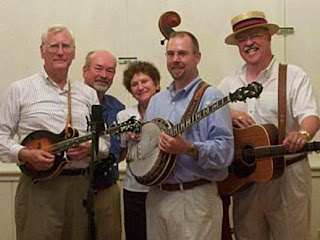 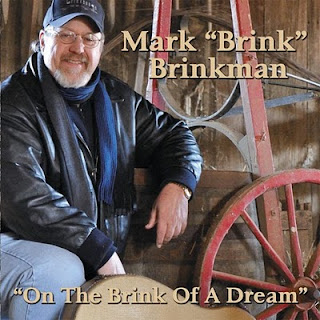 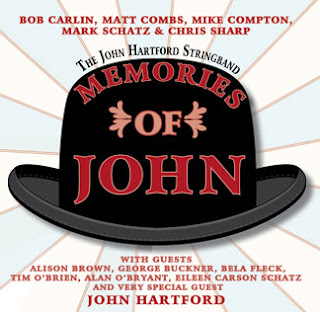 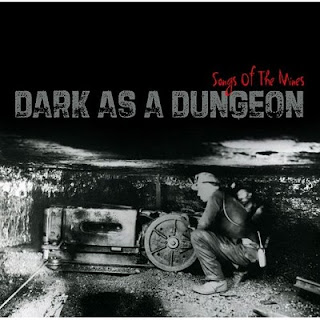 Posted by Jim Beaver at 9:41 PM No comments:

Howdy!
I hate to be too much of a whiner (really!), but I've got a semi-legit gripe this time around. You see, there is just too much great BG - both new and old - to cram into 3 hours each week. In the grand scheme of problems, I suppose having too much fine music to play doesn't rank very high. We'll do our best to keep up the "struggle."
In addition to featuring a teeny bit of new (or newer) music from fine projects by the likes of the Spinney Brothers, Donna Ulisse, the Bluegrass Gospel Project, Audie Blaylock & Redline, the Carolina Native Sons, Darren Beachley & Legends Of The Potomac, and the Cana Ramblers, we played a good number of requests. Thanks for making the phone ring! We also included a few more tunes from the new Rural Rhythm Christian recording featuring tunes written by New Hampshire songwriter, Rick Lang. Over the past several years, some of Rick's tunes have found their way to projects by the Lonesome River Band, Paul Adkins & the Borderline Band, and Front Range. This Rural Rhythm Christian CD-- called "Look To The Light: Songs Of Faith From The Pen Of Rick Lang" -- features some of Rick's gospel tunes sung by some of the finest voices in Bluegrass, like Russell Moore, Junior Sisk, Dale Ann Bradley, Barry Scott, with instrumental backing by top-notch musicians like Roger Williams and Jesse Brock. Great, great stuff.
And since I always like to acknowledge some of the classic country performers who have and who continue to influence today's Bluegrass performers, I had to include a couple of brief tributes to three country music greats who celebrate (or would have celebrated) birthdays in May. Hall of Famer Hank Snow was first on the list, as he was born May 9, 1914. May 13th was the shared birthday of two performers who worked together in a brother-style duet, although they were actually brothers-in-law. Johnnie Wright (born May 13, 1914) and Jack Anglin (born May 13, 1916) recorded and performed together for many years as "Johnnie & Jack." In the days before there was a great distinction between country & Bluegrass music, these guys cranked out the tunes with BG-flavored harmonies. If you've not exposed your ears to music by these classic country legends, you really owe it to yourself to do some serious listening.
One other fellow who would have celebrated a birthday on May 17th was the great Bluegrass fiddler, Paul Warren (born May 17, 1918). While you may be familiar with Paul Warren as the magnetic fiddler with Lester Flatt, Earl Scruggs & the Foggy Mountain Boys from 1954 'til the group disbanded in 1969, he also worked with Johnnie & Jack & the Tennessee Mountain Boys for a few years. Sadly, Paul Warren died pretty young (at the age of 59 in January 1978), but his old-time fiddle style is perfectly exhibited in the DVDs of the old "Flatt & Scruggs Grand Ole Opry Show" released over the last few years. For so long, I'd only heard Flatt & Scruggs on record, but it's an entirely new way to develop an appreciation for every one of these guys while watching the DVDs. Check them out sometime, if you get a chance...
Another thing you should check out is the new WHUS website. Now, you have the ability to see what is being played on the air whenever you like -- providing you be sure to "refresh" your screen every so often. There's lots of information on the site, too -- visit it sometime soon: www.WHUS.org.
Be sure to join Jim next Sunday in the BG Cafe. We're back to our standard 4PM starting time (baseball preemptions notwithstanding).
Have a great week -
Amy
REQUESTS ARE RED.
Posted by Bluegrass Cafe at 7:34 PM No comments:

There was much happening on the May 9th show. I had almost two extra hours because of some scheduling luck as the UCONN school year ended. Amy and I also had just come off of a wonderful live broadcast of the Spinney Brothers and David Peterson on WHUS the day before so we gave away some David Peterson CDs to some lucky listeners and played several of the songs performed live the day before by The Spinneys and David Peterson. To top it off, it was Mothers' Day, so I played some bluegrass mother songs throughout the show, but tried not to over do it because so many bluegrass mother songs are plum pitiful (an official bluegrass term possibly traceable to Ray Davis). 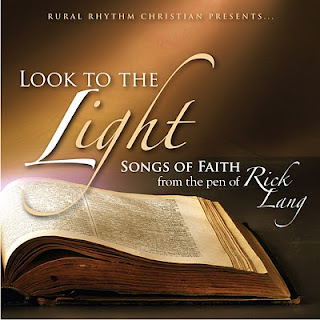 d the new album from the Rural Rhythm Christian label titled "Look To The Light - Songs of Faith from the Pen of Rick Lang" that features a Who's Who of great musicians performing Rick's songs. This album is a little different in concept from most that feature performing artists since the songwriter is the common thread (and does not perform here). This is a top notch recording worth a listen.

Thank you to all who called during the show to request music, win CDs, or to just express your enjoyment of the music. Those are always fun calls to take.

Tune in around 4pm Sunday when Amy will make the banjos and fiddles ring.

Posted by Jim Beaver at 2:48 PM No comments: