Sunday's Bluegrass Cafe was my first live radio show back in the studio since May 1st, so I was glad to be back!  There was a lot of wonderful music to share, so hope you could join us. 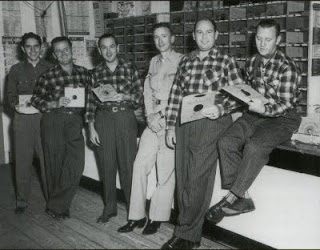 Other birthday celebrants we missed during our two weeks away included the joint birthday of both members of a great brother-style act of the 1940s and 1950s:  Johnnie & Jack.  These two brothers-in-law were both born on May 13th -- Johnnie Wright in 1914 and Jack Anglin in 1916.  Though these two were not a Bluegrass act, a lot of their music certainly was "Bluegrass friendly."

And we shared music from the wonderful Danny Paisley, who announced this past week that he will begin treatment for what the doctors say is a very treatable form of throat cancer on June 1st.  A GoFundMe campaign has been established to help Danny with some of his expenses, especially given that he will be missing lots of gigs during his treatment and recovery time.  If you would like to contribute to this fundraising effort, please do.

And there was new music to share, too, this time from the two promising new bands:  the Tennessee Bluegrass Band and Authentic Unlimited, as well as Jaelee Roberts, the Po' Ramblin Boys, the Lizzy Roy & Lizzy Show, Darren Beachley, and Laura Orshaw.

Posted by Bluegrass Cafe at 10:57 PM No comments: 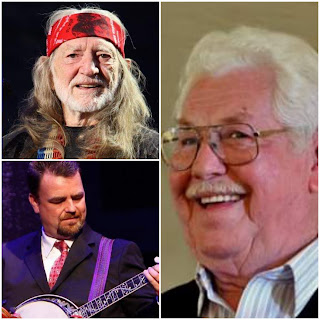 Sunday's Bluegrass Cafe was our first for the marvelous month of May, so to celebrate -- in a weird kind of way -- we spent our first hour playing music from performers whose band name or surname began with the letter "M."  There's no doubt that we could have spent the full three hours with just "M" performer music, but we limited ourselves to just one hour.  Among the most notable Bluegrass "M"s was music from Bluegrass Hall of Famers Lynn Morris, Jim & Jesse McReynolds, Jimmy Martin, and, of course, Bill Monroe.

We also belatedly celebrated the April 29th birthday of the Red-Headed Stranger, Willie Nelson (born April 29, 1933), as well as the April 30th birthdays of Bluegrassers Bill Yates and Rob McCoury.

New music was part of the mix, too, with new or recent selections from Kathy Kallick (with Molly Tuttle), Tray Wellington, Peter Rowan, the Gibson Brothers, Shannon Slaughter, and the Little Roy and Lizzy Show.

May 8th is Commencement Day at the University of Connecticut -- the first big graduation ceremonies to be held on the UConn campus since 2019.  This is great for students, but not so great for folks who volunteer to do a radio show and drive on campus on Sunday afternoons.  To that end, the plan for our May 8th broadcast (at this time) is that Sunday's program will be an encore show from Mother's Day in 2021.  Hope you can join us.

Posted by Bluegrass Cafe at 9:24 PM No comments:

During Sunday's Bluegrass Cafe, we spent the first hour playing music that was recorded live at various festivals and venues around the world.  Our show also included a bit of newer music and a couple of tunes in honor of a New England Bluegrass pioneer who recently passed.  Hope you were able to join us. 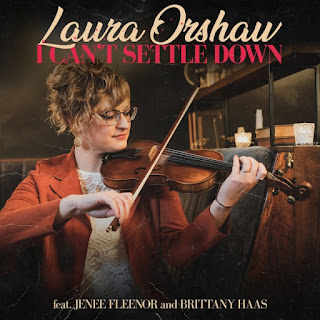 We also shared a couple of songs from a New Hampshire Bluegrass fiddler who was an original member of White Mountain Bluegrass, Joe Pomerleau, who died at the age of 89 on April 23rd.  Rest in peace.

Hope you're able to join us for the next edition of our Bluegrass Cafe on Sunday afternoon, 4-7PM.

Posted by Bluegrass Cafe at 9:09 PM No comments: 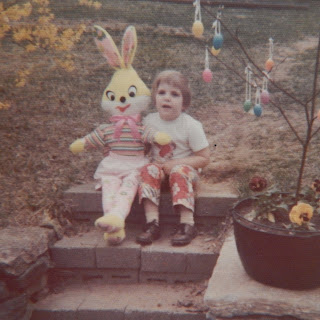 On this blessed day, I decided to stay home and share an "encore" presentation of our Bluegrass Cafe that originally aired on April 4, 2021.  This show was full of music appropriate for an Easter Sunday, as well as a mini-spotlight on the then-new recording, "Industrial Strength Bluegrass:  Southwestern Ohio's Bluegrass Legacy."  This show also featured lots of music from New Hampshire's own White Mountain Bluegrass, as we remembered and celebrated the life of the late Hazel McGee (April 2, 1941 - October 27, 2014).

We'll be back with a live presentation of our Bluegrass Cafe next week.  Sure hope you'll make plans to join us on Sunday afternoon.

Posted by Bluegrass Cafe at 8:36 PM No comments: 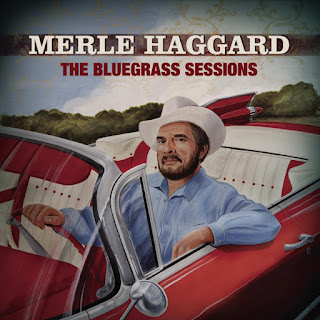 This day's Bluegrass Cafe featured a whole lot of music in celebration of the late Merle Haggard (April 6, 1937 - April 6, 2016) -- not a Bluegrass singer by any stretch, but his songs have certainly been covered in the Bluegrass world many multiples of times over the years.  Limiting ourselves to just a dozen Merle Haggard selections and covers is a bit of a struggle, but since we had so many other great songs and performers to share, we did what we needed to do.

As far as newer music, there were selections from the Edgar Loudermilk Band, Rhonda Vincent, the Rick Lang project featuring a song by Stephen Mougin, and the Po' Ramblin' Boys.

Next Sunday's show may be an encore presentation of last year's Easter show, but the jury is still out on that.  We'll keep you posted.

Thanks for listening.  Have a great week!

Posted by Bluegrass Cafe at 10:10 PM No comments:

It's a new month for our Bluegrass Cafe -- no fooling! 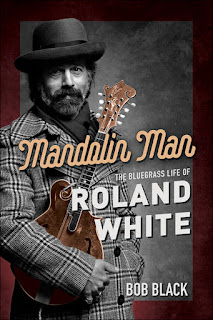 The main focus for today's program was remembering the wonderful Roland White -- a Bluegrass Hall of Famer who has been an important part of many bands, from working with his brothers in the Kentucky Colonels to being a sideman with both Bill Monroe and Lester Flatt to spending 10+ years with both the Country Gazette and the Nashville Bluegrass Band to fronting his own band.  By all accounts, Roland White was a very kind man, and super-encouraging to many performers who would come after him.  He will be missed, but we will always have his legacy and 60+ years of music.  Coming up in June 2022, the University of Illinois Press is scheduled to release Mandolin Man:  The Bluegrass Life Of Roland White by Bob Black.  It should be a great read about a life well-lived.

In addition, we shared a bit of newer music from a recording featuring a guitarist by the name of Bob Minner.  We also included new or recent music from the Del McCoury Band, Shannon Slaughter, Laura Orshaw, Volume Five, Authentic Unlimited, Special Consensus, and Rick Lang.

Next Sunday's show will start a bit later than 4PM, as there will be a UConn Baseball game until approximately 4:30PM.  Please join me then.

Thanks, and have a good week!

Posted by Bluegrass Cafe at 10:24 PM No comments: 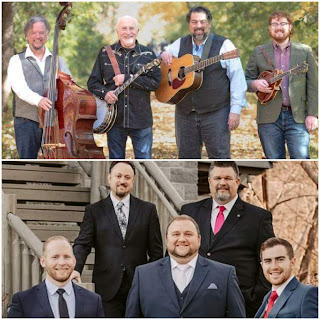 "New" was the word for Sunday's Bluegrass Cafe.  Mind you, we didn't share only the newest Bluegrass music in existence, but it seems like this was the week for several performers to release music -- new bands, Grammy-nominated bands, older bands with new configurations -- no matter, as all of it was pretty top-notch, and gives us something to look forward to for the future Bluegrass in 2022.  This brand-new music came to us from the likes of a new group called Authentic Unlimited, the new configuration of Special Consensus, Woody Platt (minus his Steep Canyon Rangers bandmates), the Po' Ramblin' Boys, and more.   Hope you enjoyed it.

We also opened the phone lines for requests, and surprisingly, I was able to go 3/3, with requests for music from Joe Val & the New England Bluegrass Boys, Ralph Stanley with Dwight Yoakam, and even a Bluegrass-sounding tune from Marty Robbins.  You just never know what folks are going to want to hear.

Hope you were able to join us on Sunday.  If you couldn't tune in, there's always next week.  We'll be looking for you from 4-7PM on Sunday afternoon.

Posted by Bluegrass Cafe at 5:53 PM No comments: