After opening the Cafe' I did a couple of sets of songs from Rounder recordings to celebrate the 40th anniversary of Rounder Records. For any entertainment company to be in business forty years is an 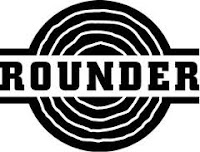 accomplishment, but it has been especially significant to bluegrass because after its founding, Rounder quickly became the blue chip standard for delivering some of the most important music to the bluegrass community, and most certainly helped the bluegrass genre grow. Rounder's founders were Ken Irwin, Marian Leighton Levy, and Bill Nowlin (pictured right) 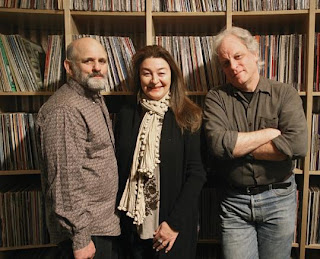 Think of the J.D. Crowe and The New South record, still called "Rounder 0044" by many, and Alison Krauss who has become one of the most admired and rewarded artists in our time, and you get an idea of Rounder's influence. (At Bluegrass Cafe', we believe only half tongue-in-cheek that if Rounder had done nothing more than release those Johnson Mountain Boys records it would have been a successful enterprise.)

Rounder was acquired by Concord Music Group, a large California independent, earlier this year, and from my perspective it appears bluegrass may become a minor scene within the bigger Concord picture going forward, but the genre is big enough to have several excellent labels join the bluegrass community in recent years, and much of the credit for the environment that supports the newer folks goes to Rounder.

I would be remiss if I didn't mention a couple of labels with even longer histories in bluegrass -- Rebel for one, and Rural Rhythm which was founded around 55 years ago.

The Heritage Corner hit on a few oldies, but delighted in a tune from Jimmy Martin and The Sunny Mountain Boys (JD & Paul) on an excellent re-issue of Big Jam Session on Old Homestead. 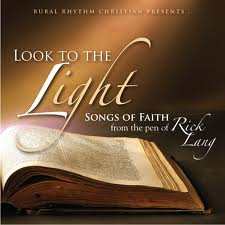 Posted by Bluegrass Cafe at 1:55 PM No comments: 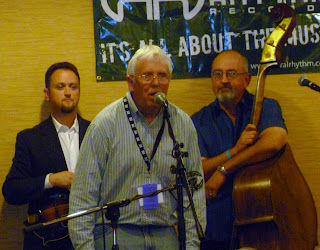 Over the last several months, you've heard Jim & I play many tunes from a great 2010 gospel release from the Rural Rhythm Christian label called, "Look To The Light: Songs Of Faith From The Pen Of Rick Lang." This CD is a bit unusual as Rick Lang does not sing one word or play one note on the recording, but it's his words and music that can be heard throughout the whole project. The talented vocalists interpreting Rick's songs include 2010 IBMA Male Vocalist of the Year, Russell Moore; 3-time IBMA Female Vocalist of the Year, Dale Ann Bradley; and Grammy nominee, Barry Scott; as well as Jeff Parker, Dale Perry, Junior Sisk, and John Miller. And the instrumental performers aren't too shabby, either, including 2009 IBMA Mandolin Performer of the Year, Jesse Brock; 8-time IBMA Fiddle Perfomer of the Year, Michael Cleveland; multi-instrumentalist Ron Stewart; dobro player Roger Williams; guitar picker Wyatt Rice; and a few others. Top notch material -- all of it!
Rick Lang is a New Hampshire native, and no stranger to anyone in the New England Bluegrass world. His songs have previously been recorded by the likes of Paul Adkins & the Borderline Band, Front Range, Southern Rail, and the Lonesome River Band. On Sunday, Rick will join us on the air via telephone and tell us how he wrote the songs which make up "Look To The Light," how the project came to be, and about the new all-star band called BlueStar who came into existence just to play some of the tunes on the recording. We'll start our conversation with Rick around 5PM.
As a bonus, we'll have at least one copy of the CD to give away to a lucky listener. Be sure to tune in to the BG Cafe beginning at 4PM on Sunday... 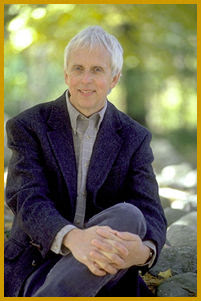 This version of Bluegrass Cafe was heavily biased towards new music since we have so many new CDs arriving these days, but we also took time to celebrate Mayberry Days that had just occurred in Mt. Airy, NC, September 23-26. Marti and I had visited Mayberry Days this year which also coincided with the 50th anniversary of The Andy Griffith Show (TAGS), so we played songs from artists either associated with TAGS or associated with the celebration in Mt. Airy. This included Doug Dillard, Rodney Dillard, Ginger Boatwright, and Leroy (Mack) McNees. Since Mt. Airy is in Surry County, we also played songs from Surry County musicians Cullen Galyean, Rich In Tradition, The Easter Brothers, and newcomer Paula Dellenback.

We also included a follow-up segment on beloved local guitarist Fred Etheridge which included an interview recorded shortly before his death.

James and Cathy Ward continue to brighten up the afternoon musical landscape with their bluegrass show. Next Monday afternoon, October 18, they will be playing the first part of the 2010 IBMA Awards Show, so don't miss it.

Here are the playlists for their past two shows: