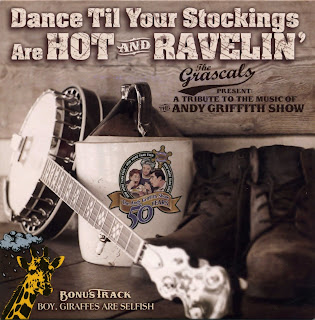 Still recovering from a busy February that included the excellent Joe Val Bluegrass Festival, this show didn't have a specific theme, but was based mostly on music we have received in the past year with our usual Heritage Corner selections intermixed.

Notable new music came from The Grascals and their Tribute to Music From The Andy Griffith Show, the Gibson Brothers and their new CD, Charlie Sizemore, Jay Armsworthy, Joe Mullins and the Radio Ramblers, Cody Shuler & Pine Mountain Railroad, and Edgar Loudermilk. 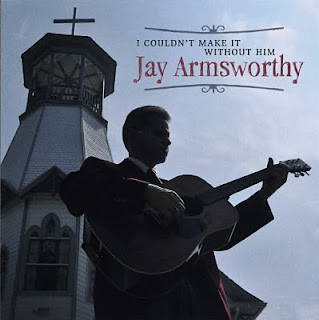 We gave away four new CDs on this show including releases from Valerie Smith, The Gibson Brothers, and two from The Grascals.

Amy will be with you next Sunday March 6th at 4pm ET, so tune in for more of the best in bluegrass. 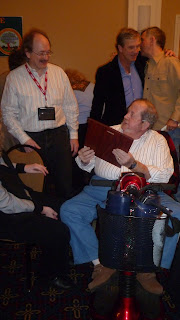 At the end of another fabulous Joe Val Bluegrass Festival (thanks, Boston Bluegrass Union!), someone had to return to CT to do the radio thing. While I'm sorry to have missed sets from the likes of Junior Sisk & Ramblers Choice and the Grascals, I'm hopeful I'll be able to catch those bands at another festival sometime in the not-too-distant future. I have to confess that it was sometimes challenging to get through the show in a somewhat coherent fashion, as after 3 big days of great BG, I was ridiculously overtired. I'd best get in better "lack of sleep" shape before the outdoor festival season finally arrives...
If you missed the Joe Val Festival, you missed a whole lot of great music and fun. There was a bit of last-minute drama and worry, though, as BBU festival organizers, Stan Zdonik, Gerry Katz, and Reuben Shetler received word late Friday night that the Saturday night headliner, J.D. Crowe, had slipped on ice enroute to the festival location in Framingham, MA, and broken his arm in two places. After some brainstorming and scrambling around, the BBU folks were able to bring in Danny Paisley & the Southern Grass as a substitute. (Dan was in need of a banjo player, so he was able to recruit the Boxcars' Ron Stewart as a pickup picker). Not a bad substitute, eh? Best wishes to J.D. for a speedy--and complete--recovery.
For me, one of the highlights of this year's Joe Val Festival was seeing Sam Tidwell get recognized with a BBU Heritage Award, which is given each year in recognition of "artists, promoters, and other groups and individuals who have made a lasting impression on Bluegrass in New England." (The picture above shows Sam after his presentation and set with BBU's Reuben Shetler). This was a well-deserved tribute to a true New England BG original -- storyteller, songwriter, multi-instrumentalist, and just plain ol' character. Sam has had some serious health issues in recent years, but he was in top form for his Saturday morning award presentation, and was able to play a set of music on the main stage with three of his sons and two of his friends. In his introduction, a former mandolin student of Sam's named Jimmy Gaudreau shared a few pleasant recollections of a man he's known for close to 50 years. In Sam's honor, we again played a couple of tunes from a recording my brother, Dave, must have played several hundred times at the house while I was growing up: 1975's LP from Fred Pike, Sam Tidwell & the Kennebec Valley Boys, "The Last Log Drive." 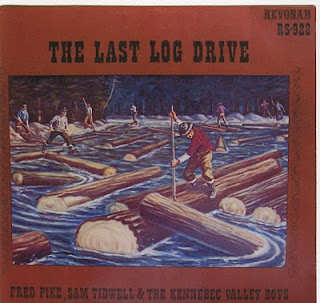 We included several tunes from the late Don Reno, who was born on February 21, 1927. Even though Reno died at a relatively young age -- he was 57 at the time of his death on October 16, 1984 -- his music is still going strong. In addition to being a great songwriter, and having a very distinctive style of playing the banjo, Don Reno made some great music with his longtime partners, first, Red Smiley, and later, Bill Harrell. We played four Reno-penned tunes on Sunday, and will continue to play the music of Don Reno whenever we can... 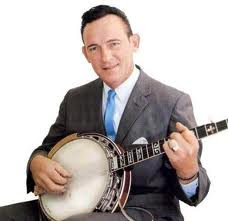 There was new music to share on Sunday, too, with tunes from the new CDs from the Gibson Brothers and Charlie Sizemore, as well as newer music from the Hagar's Mountain Boys, Joe Mullins & the Radio Ramblers, Jimmy Gaudreau, the Grascals, Edgar Loudermilk, the Expedition Show, and Cody Shuler & Pine Mountain Railroad. We also played an award-winning tune from CT performer and songwriter, Gail Wade, and her new CD titled, "October Moon."
Jim will be with you in this week's "Bluegrass Cafe." Join him for 3 big hours of the best in BG beginning at 4PM on Sunday...
Amy
REQUESTS ARE BOLD.
Posted by Bluegrass Cafe at 10:25 PM No comments:

There were an unprecedented three sports-event preemptions during the Sunday schedule at WHUS -- always a possibility at a university radio station -- but we carried on with the 45 minutes remaining for Bluegrass Cafe anyway. It's all because we love the music that much! 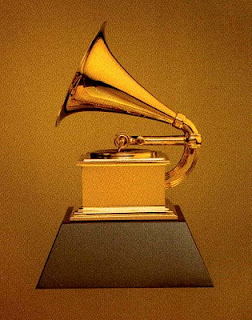 Of the fourteen songs we were able to get on the air, the first eight were from the list of Grammy nominees that were on the verge of being announced as this show was on the air. Congratulations to Patty Loveless and Carolina Chocolate Drops for taking home the awards for Best Bluegrass Album and Best Traditional Folk Album respectively. 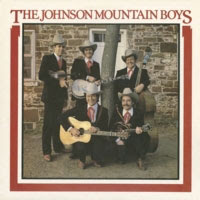 We also honored David McLaughlin and the late Charlie Moore on their birthdays by playing songs from The Johnson Mountain Boys and Charlie's album "Avery County."
(I will admit to a faux pas because I played a song that had Eddie D'Zmura on mandolin instead of David. This is because I associate David so closely with the song as it was performed on the old television show "Fire On The Mountain." That performance is thankfully preserved here --> "I Can Tell You The Time")

The remaining songs in the closing gospel set were all brand new music received in the past week or two, including music from Wildfire, The Gibson Brothers, Cody Shuler & Pine Mountain Railroad, and a new instrumental tribute to Bill Monroe from the folks at Rural Rhythm.

The Joe Val Bluegrass Festival takes place beginning Friday 2/18 in Framingham, MA, so be sure to tune in to "Bluegrass Cafe" on WHUS 91.7 FM on your Sunday drive back from the festival between 4 and 7 pm where Amy will be making the banjos and fiddles ring. 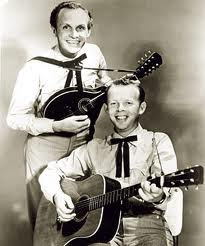 As you know, the music world lost one of the greats, Charlie Louvin, on January 26, 2011. Even though Charlie and Ira Louvin were really NOT Bluegrass performers, so many of their great songs have been covered in the BG world over the years, I just couldn't resist putting together a couple of different sets featuring tunes written by the Louvins on Sunday's show. I easily could have filled the entire three hours (plus more) with Louvin music, but I limited myself (this time, anyway) to 7 secular tunes and 9 gospel tunes.
On January 31st, one of the legends of the WWVA Jamboree in Wheeling, WV, Doc Williams, died at the age of 96. While Williams never had a national hit record, he and his late wife, Chickie, played the Jamboree, as well as many regional fairs and events throughout the northeast and into Canada. Doc's most lasting legacy in the BG world: a pitiful, sick child tune known as, "Willie Roy (The Cripple Boy)."
And on the day of the program, we learned of the passing of Tina Aridas, the partner and champion of Brooklyn, NY Bluegrasser, James Reams. Tina was a great advocate of Bluegrass and old-time music, and James and his band, the Barnstormers, were her special "projects." In her honor, we played a tune Tina had co-written with James that appeared on the James Reams & the Barnstormers CD, "Troubled Times."
But Sunday wasn't reserved just for paying tribute to folks no longer with us. As you've probably heard, the Gibson Brothers have a brand new CD on Compass Records called "Help My Brother," which is due to be released on February 22nd. No surprise here -- the CD is a great one, and we were happy to share 3 of the CD's 12 tunes on Sunday's show. 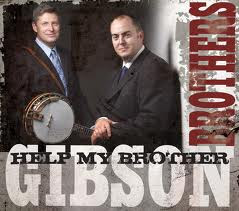 Another performer with a new CD soon to be released is Clinch Mountain Boy alumnus, Charlie Sizemore. Charlie's latest Rounder recording is called, "Heartache Looking For A Home," and will be officially released on February 15th. This CD, too, is full of great music, and it's a pretty good assumption that you'll be hearing plenty more from both this Sizemore CD, as well as the new Gibson disc in future weeks and months on the "BG Cafe." 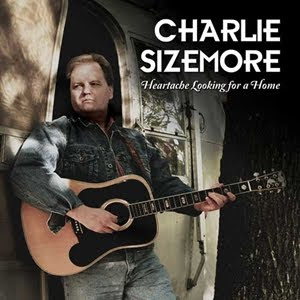 And lest we forget...the 26th annual Joe Val Bluegrass Festival is happening next weekend -- February 18-20 -- in Framingham, MA. This Boston Bluegrass Union-sponsored festival is a sort of "family reunion" for New England Bluegrassers, and boasts an impressive lineup. In anticipation, we played music from some of the performers on Sunday, including Junior Sisk & Ramblers Choice, Frank Solivan & Dirty Kitchen, the Boxcars, Jimmy Gaudreau, the Grascals, J.D. Crowe & the New South, and Larry Stephenson, as well as 2011 BBU Heritage Award winner, Sam Tidwell. It should be a great festival -- hope you can get there! For more information, visit www.bbu.org.
This Sunday's show may be preempted by sports programming at WHUS -- we'll let you know when we find out for sure.
Enjoy the remainder of the week, and thanks for listening!
Amy
REQUESTS ARE BOLD.
Posted by Bluegrass Cafe at 11:09 PM No comments: