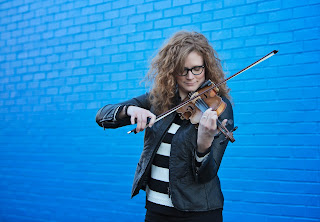 We spent about a third of our three hours together listening to the music of and speaking with the reigning International Bluegrass Music Association Female Vocalist of the Year, Becky Buller.  Over the past few years, Becky's songwriting efforts have been featured on many top-notch recordings by several big name performers including Doyle Lawson & Quicksilver, IIIrd Tyme Out, Rhonda Vincent, Josh Williams, Nu-Blu, and Ricky Skaggs, just to name a few.  Becky will make her Joe Val Bluegrass Festival debut with her Becky Buller Band on Sunday, February 19th.  Be sure to check out the music of this multi-talented singer/fiddler/songwriter/bandleader. 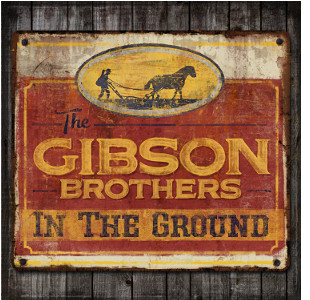 It's not a secret that the award-winning Gibson Brothers have a new record coming out on Rounder Records in mid-February.  All of the songs featured on this record are either written or co-written by Eric or Leigh, and on Sunday's show, we featured four selections, including the title song, "In The Ground."  We also heard some brand-new music from the Darrell Webb Band, and a soon-to-be-released record from Big Country Bluegrass.

And we couldn't let the show pass without hearing a little bit of music from four gentlemen who celebrate their respective birthdays on February 1st:  Del McCoury (born in 1939), Tom Gray (1941), David Parmley (1959), and Jason Carter (1973).  Happy Birthday to all of them!

We'll look for you again next Sunday afternoon in Bluegrass Cafe.  Hope you can join us from 4-7PM.

Posted by Bluegrass Cafe at 10:31 PM No comments:

It's Basketball Season at the University of Connecticut, so Sunday's Bluegrass Cafe was sports-shortened by sixty minutes.  Though the show was only two hours in length on Sunday, we still managed to squeeze in quite a few tunes, classic and new.

The show began with four songs from the late Charlie Waller, who would have celebrated his 82nd birthday on January 19th.  Few singers in the history of Bluegrass had a more distinctive, warm voice that never exactly fit into the "high lonesome sound" category.  The Country Gentlemen have long been among my very favorites, and though the band's personnel changed often, Charlie Waller's baritone voice bonded all of these wonderful musicians together for nearly a half-century.  Amazing.

In addition to classic music from the Country Gentlemen and other performers, we shared newer (2016 'til now) music from records by Kristin Scott Benson, Rhonda Vincent & the Rage, Karl Shiflett & Big Country Show, the Grascals, Adam Steffey, Sideline, Doyle Lawson & Quicksilver, the Earls Of Leicester, and a track from the Mac Wiseman autobiographical CD.

Have a fabulous week, and we'll be looking for you next Sunday!

Posted by Bluegrass Cafe at 10:32 PM No comments:

Sunday's Bluegrass Cafe began in a rocking kind of way -- with Elvis Presley's 1954 recording of "Blue Moon Of Kentucky."  While there is no way Elvis could ever be considered to be a Bluegrass performer, it only seems proper to celebrate The King today, on what would have been his 81st birthday.

During the three hours of our broadcast, nineteen songs came from the very prolific pen of the late songwriter, Randall Hylton (born January 8, 1945).  We could have filled the entire broadcast (or several broadcasts) with the songs of Randall Hylton, but for today, just a few of Hylton's 225 published songs worked nicely.

We also remembered the January 6th birthday of Earl Scruggs, so overall, it seems like the show's tone was a celebratory one.  Hope you agree.

Have a wonderful week!

Posted by Bluegrass Cafe at 10:29 PM No comments: 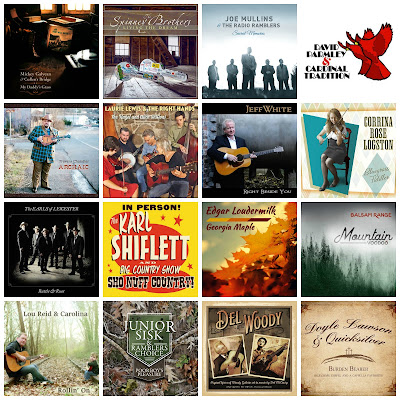 Before we get too much further into 2017, it's time to take a look back at sixteen of my favorite Bluegrass recordings released in 2016.  These selections are ranked in no particular order (other than alphabetical), but each is worth a repeated listen as we move into the new year.   In mid-December, Jim put together a fun list of some of his more obscure favorites from 2016, and there is a bit of duplication on our lists.  At the end of the day -- or the end of the year -- the choice of what you listen to is yours alone.  We are just pleased to expose your ears to some of our favorites during a couple of hours each week.  Hope you'll keep on listening in 2017, too.  Happy New Year!


Thanks for looking.  We'll look forward to hearing lots more great new records in 2017...and hope you will, too!


Posted by Bluegrass Cafe at 7:09 PM No comments: 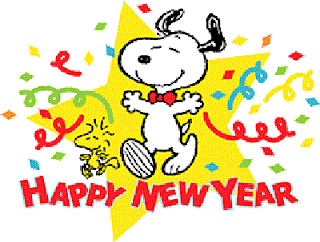 It's a new year -- Happy 2017!  Here's wishing you a year filled with health, happiness, and lots of wonderful Bluegrass!

For this first show of 2017, we shared several songs from a few of my personal favorite recordings of 2016.  Sometime over the next few days, I'm planning to put together a list of these titles, but for now, you can guess that the 2016 recordings we played here will likely be on that list.  Stay tuned...

2016 was the year we said goodbye to quite a few actors, writers, artists, and singers, including  four notable Bluegrass deaths.  We remembered Ralph Stanley, Melvin Goins, Don Parmley, and James King by sharing a healthy portion of their music.  What better way to remember than to share fine musical memories? 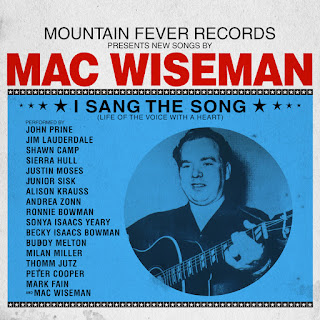 It's a new year, so new music will be popping up quite a bit over these next few weeks, no doubt.  We included newer music today from projects by Chris Jones & the Night Drivers, as well as Jeff Brown & Still Lonesome.  The most interesting new project we shared today is one from Mountain Fever Records called "I Sang The Song."  In this collection, the songs tell the story of the early life of the legendary Mac Wiseman as he grew up during the Depression in the Shenandoah Valley of Virginia.  These are (mostly) all new songs, and they came about through several conversations which took place between 91-year-old Mac Wiseman, country music historian Peter Cooper, and musician Thomm Jutz over a few separate Sundays.  The results of those conversations ended up as songs about Mac's life which are sung by a whole host of different performers.  It's an interesting concept, and we look forward to hearing more of the collection in future weeks on Bluegrass Cafe.  Hope you do, too.

We couldn't have a show on New Year's Day without remembering another legendary figure, Hank Williams, who died on January 1, 1953 on his way to play a benefit show in Ohio.  Hank's music wasn't necessarily "Bluegrass," but a whole lot of it has been recorded by Bluegrass performers through the years.  We shared four songs from Hank's vast catalog on Sunday, but could have played a whole lot more.

We'll look for you again next Sunday afternoon for another edition of our Bluegrass Cafe.

Posted by Bluegrass Cafe at 10:50 PM No comments: