After a half-hour sports preemption we hit the airwaves running with some hold-on-tight bluegrass music.

Alex Leach was the featured guest.  Alex not only is a bluegrass multi-instrumentalist who appears on multiple recordings with Larry Gillis and others, picks the banjo with Ralph Stanley II, and has his own solo recordings, but he has also been a bluegrass DJ at WDVX near Knoxville TN for over sixteen years!  Alex's birthday is Monday, March 31st (tomorrow as I write this) and he turns 25, so you can see his whole life has been consumed with bluegrass music.  He actually has more radio and performing experience than many folks over twice his age, including me.  Alex was gracious to share his story, his knowledge, and his music with us on Bluegrass Cafe, and we hope to have him back sometime soon.  Check out his excellent deep-catalog bluegrass show on WDVX.com via the internet most Tuesday evenings 7-10pm ET. 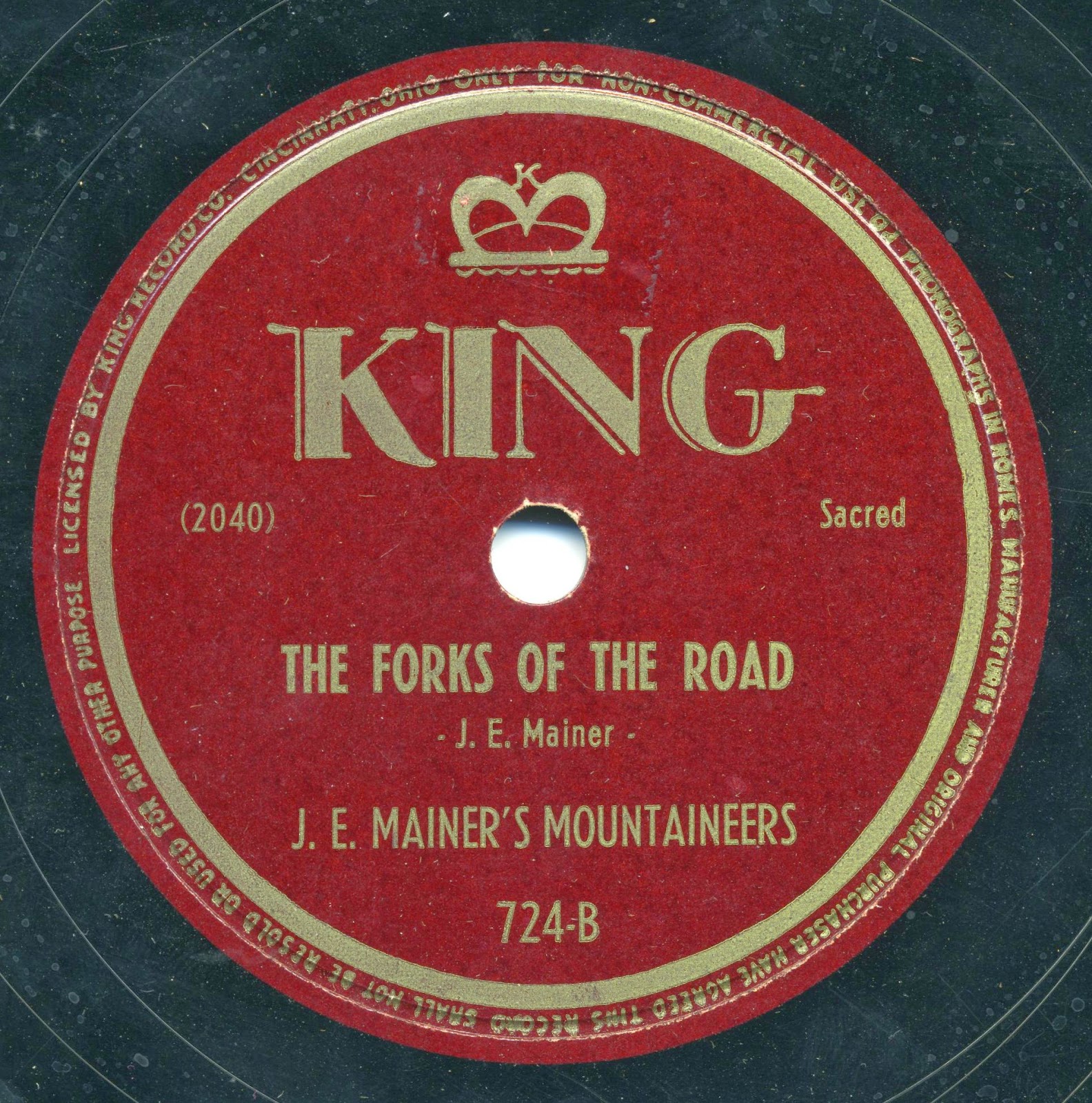 
We hope you heard something you liked.

The sports folks tell us Bluegrass Cafe is completely preempted next Sunday 6 April, but the schedule changes frequently depending on weather and win/loss records, so we will let you know if that changes.  The next show after that will be Amy on 13 April.

It's NCAA Basketball Tournament time, and a Women's BB first-round game tonight at UConn's Gampel Pavilion meant the campus was extremely busy this afternoon.  It also meant that since our basketball broadcast began at 8PM, Susan Forbes Hansen turned over the first hour of her "Sunday Night Folk Festival" to us to play some "folksy" Bluegrass.  Mission accomplished, methinks... 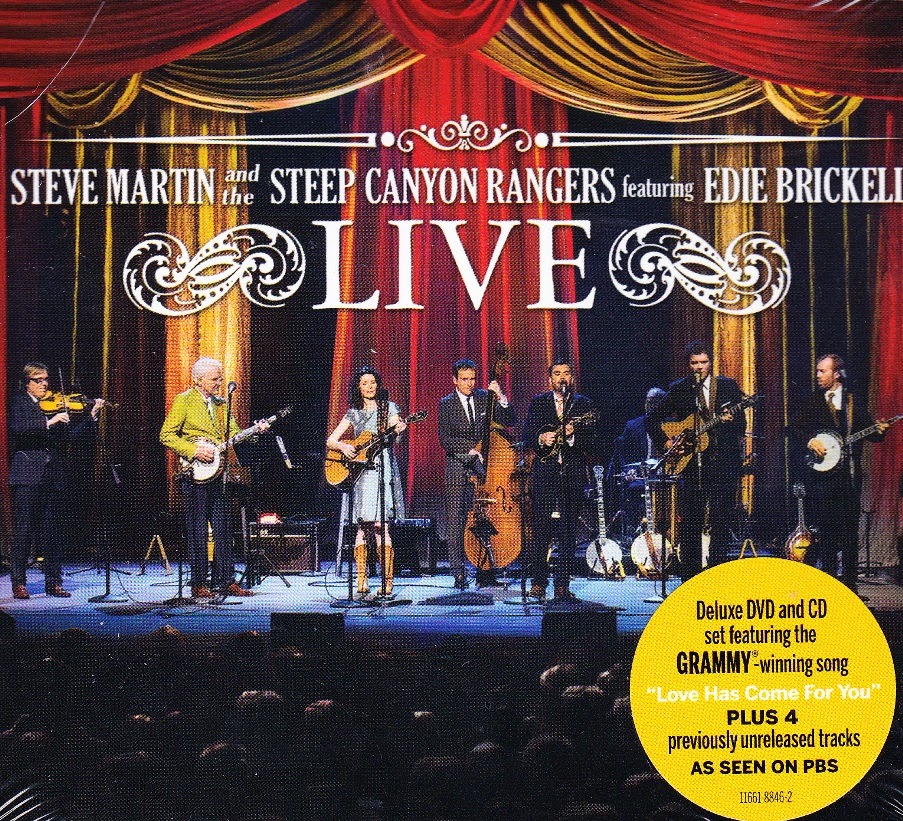 As far as the Bluegrass goes, we included a bit of newer material in today's show from the band known as Detour, as well as a forthcoming project from Dobro great, Phil Leadbetter.  Beyond that, the music that made up today's Bluegrass Cafe was a mixture of old and new.  There were two other recent recordings featured in the first hour of "Sunday Night Folk Festival," and those came to us from the Special Consensus, Laurie Lewis, and a live recording featuring Steve Martin & the Steep Canyon Rangers with Edie Brickell.


For a bit of a change, I picked out a few songs to play from the Brown's Ferry Four -- an act that sort of pre-dated Bluegrass.  It's clear, though, that this quartet (Alton & Rabon Delmore, Grandpa Jones, Merle Travis) influenced a whole bunch of wonderful Bluegrass gospel music from several acts (but especially the wonderful Doyle Lawson).  It's always nice to hear music from the original sources that clearly had an impact on the sounds you hear from your favorite performers.

Hope you were able to listen to at least a little bit of the radio show today...and whether you could or couldn't...we sure hope you'll join Jim again next Sunday afternoon from 4-7PM for lots more of the best in Bluegrass!


Posted by Bluegrass Cafe at 11:34 PM No comments:

It's Spring Break at UConn, and so, as always, that has given a lot of us "old folks" at WHUS opportunities to do some fill-in programs to accommodate for the missing student broadcasters.  Today, I did my second Friday morning fill-in in a row -- three hours of what I initially thought might be a mix of classic country and Bluegrass music, but what in reality actually became more of a classic country showcase.  It cheers me to hear from folks listening to these classic country fill-in shows, as they always seem to enjoy listening to this style of music.  Hooray!

After a Bluegrass kick-off, we played several songs from several performers that had been recorded live on the one and only Grand Ole Opry.  Even though the Opry has been a radio institution since its debut on WSM in 1925, it is still a big whoop to perform on the Grand Ole Opry.  We featured music from performers who were -- and still are -- noted Opry members for years and years, including Roy Acuff, Hank Williams, Marty Robbins, Jim Reeves, Loretta Lynn, Ernest Tubb, Bill Anderson, and a few others. 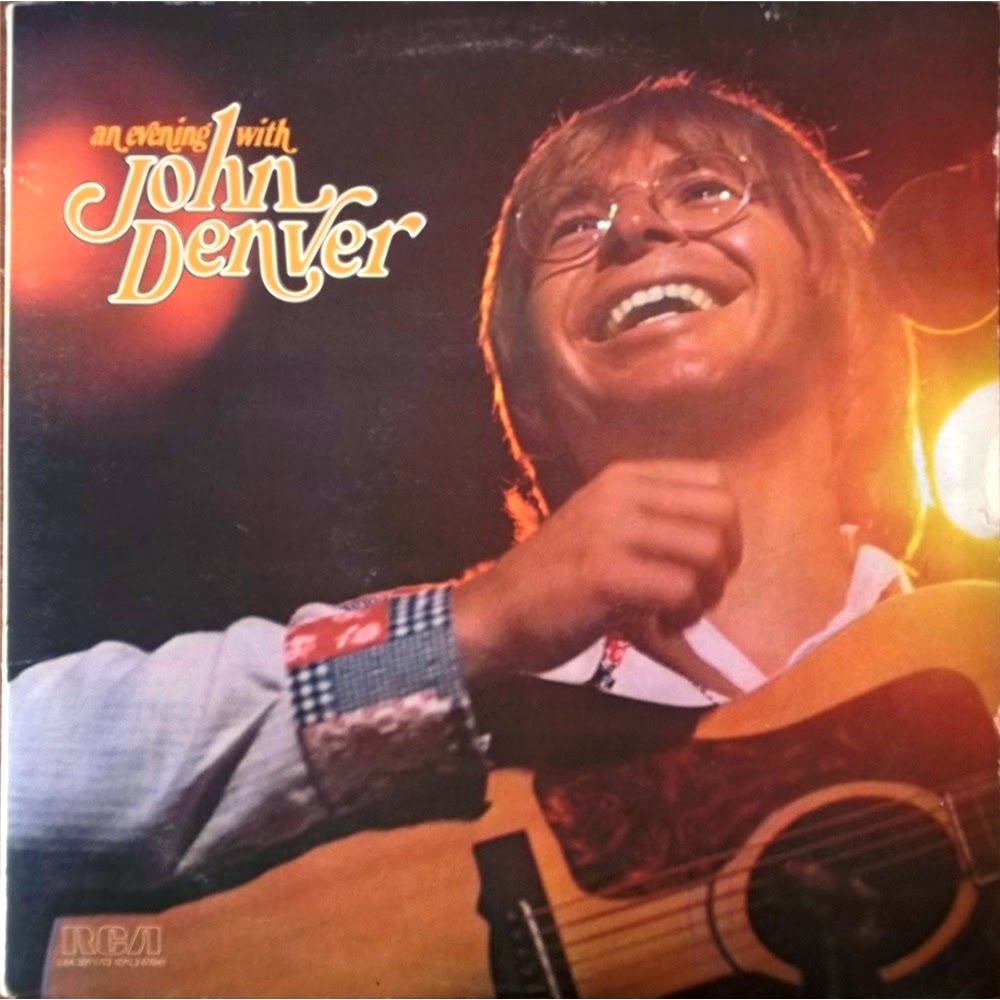 During last Friday's fill-in on my birthday, my playlist included all kinds of music that was on my "favorites" list.  Unfortunately, I ran out of time last Friday to really play all of the songs and performers I wanted to put on the show, so I made sure to get some of those "left out" recordings from last week this time around.  One of the CDs I played today was a reissue of a 1975 2-LP set from John Denver -- "An Evening With John Denver" -- that one of my brothers owned when it originally came out, and played quite frequently.  It's always enjoyable to revisit those favorites from childhood, and it seemed appropriate to do so now, as Special Consensus have just released their own Bluegrass tribute to John Denver ("Country Boy" on Compass Records).  Far out!

On Sunday afternoon following UConn Baseball, we'll be back on the air with Bluegrass Cafe.  Hope you can join me!

Posted by Bluegrass Cafe at 10:37 PM No comments:

It's been a month since I've been solo at Bluegrass Cafe, but today was the day, and we celebrated with a big ole cross section of classic bluegrass music along with some new material. 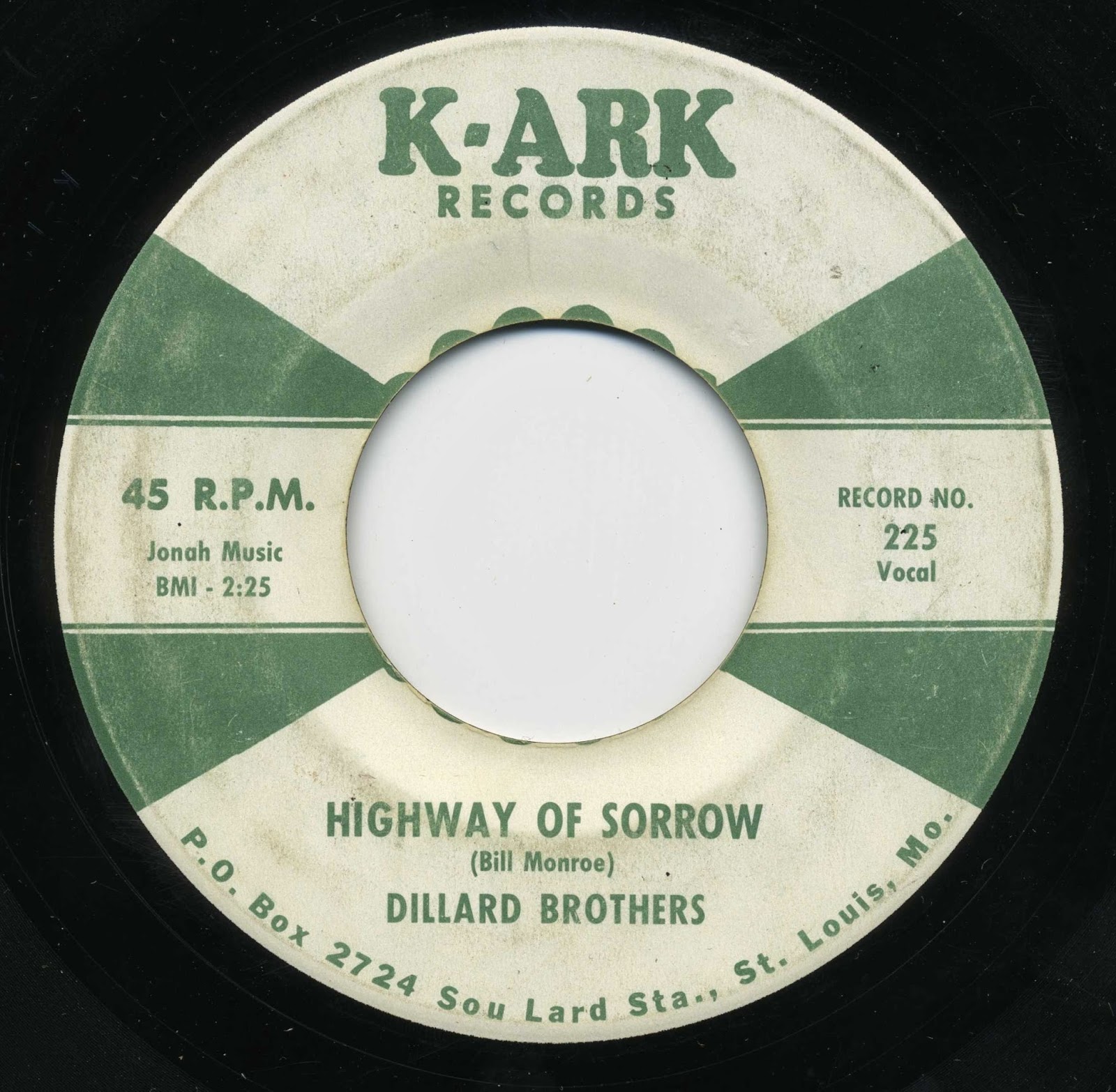 Our old vinyl consisted of some 45 singles from the Dillard Brothers (Doug and Rodney Dillard before The Dillards were a band), Al Jones and the Spruce Mountain Boys, and Country Pardners, a group led by Bill Price and Carlos Brock that recorded eight sides for RCA Victor in 1956. 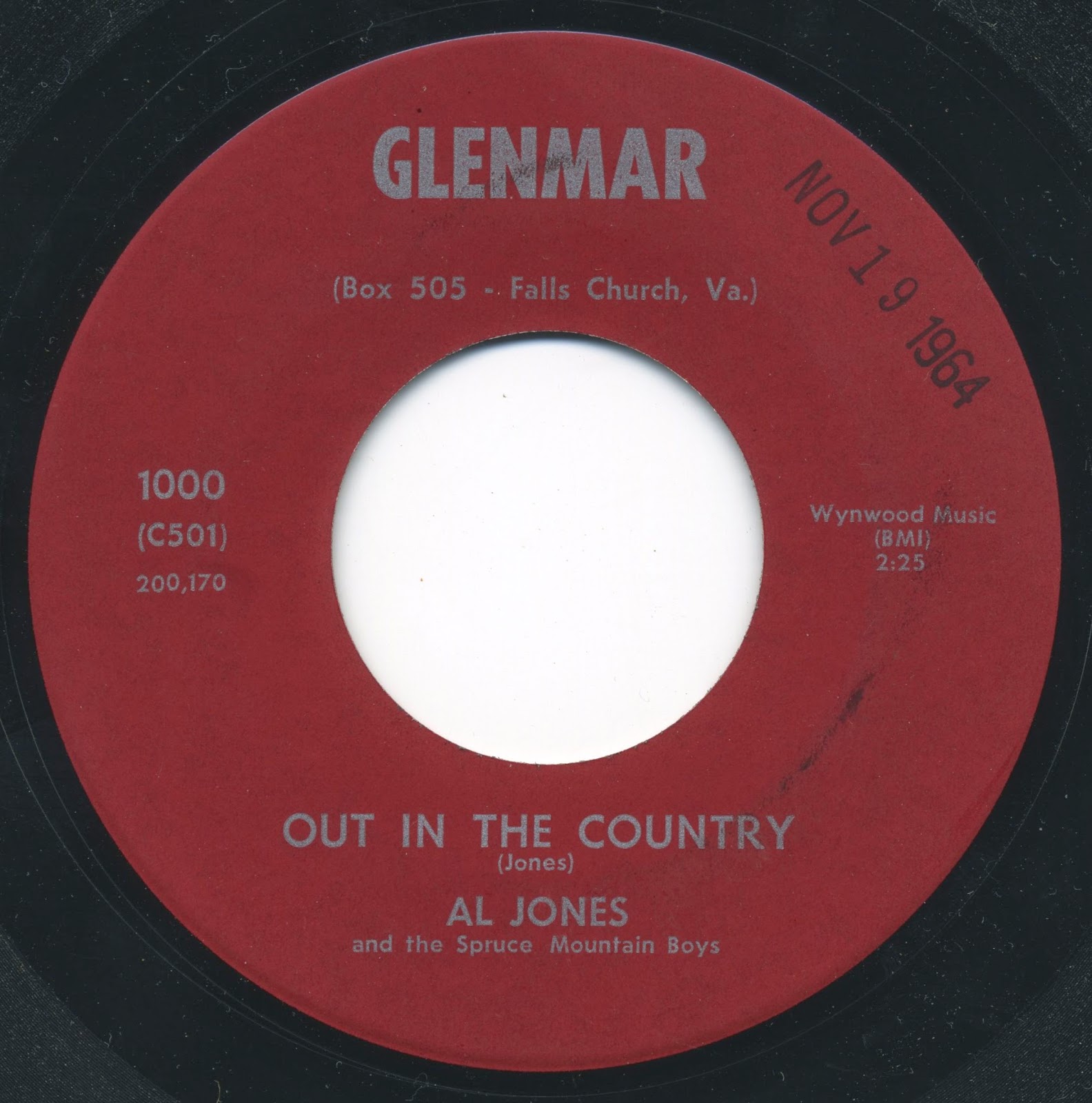 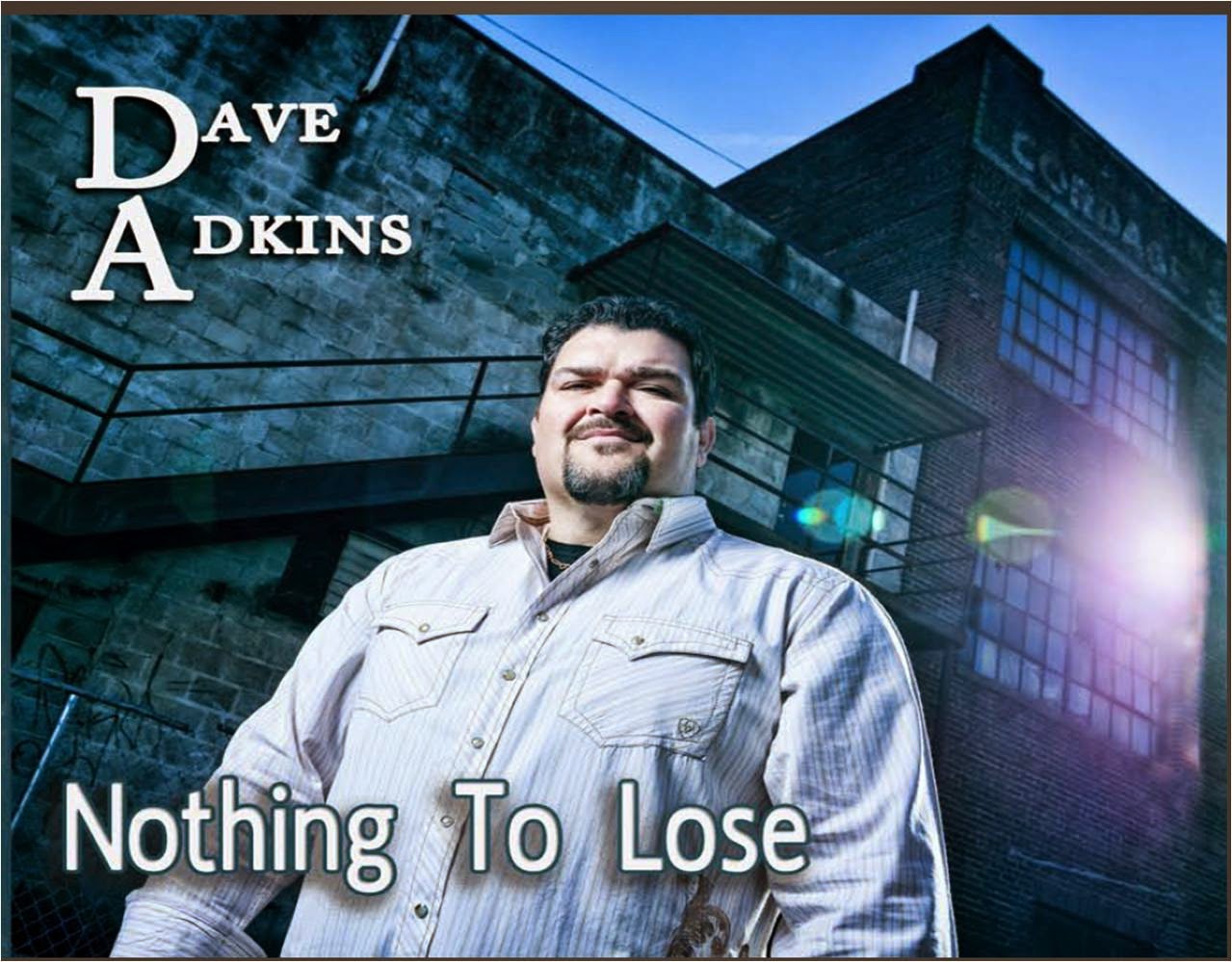 We hope you enjoyed the show. 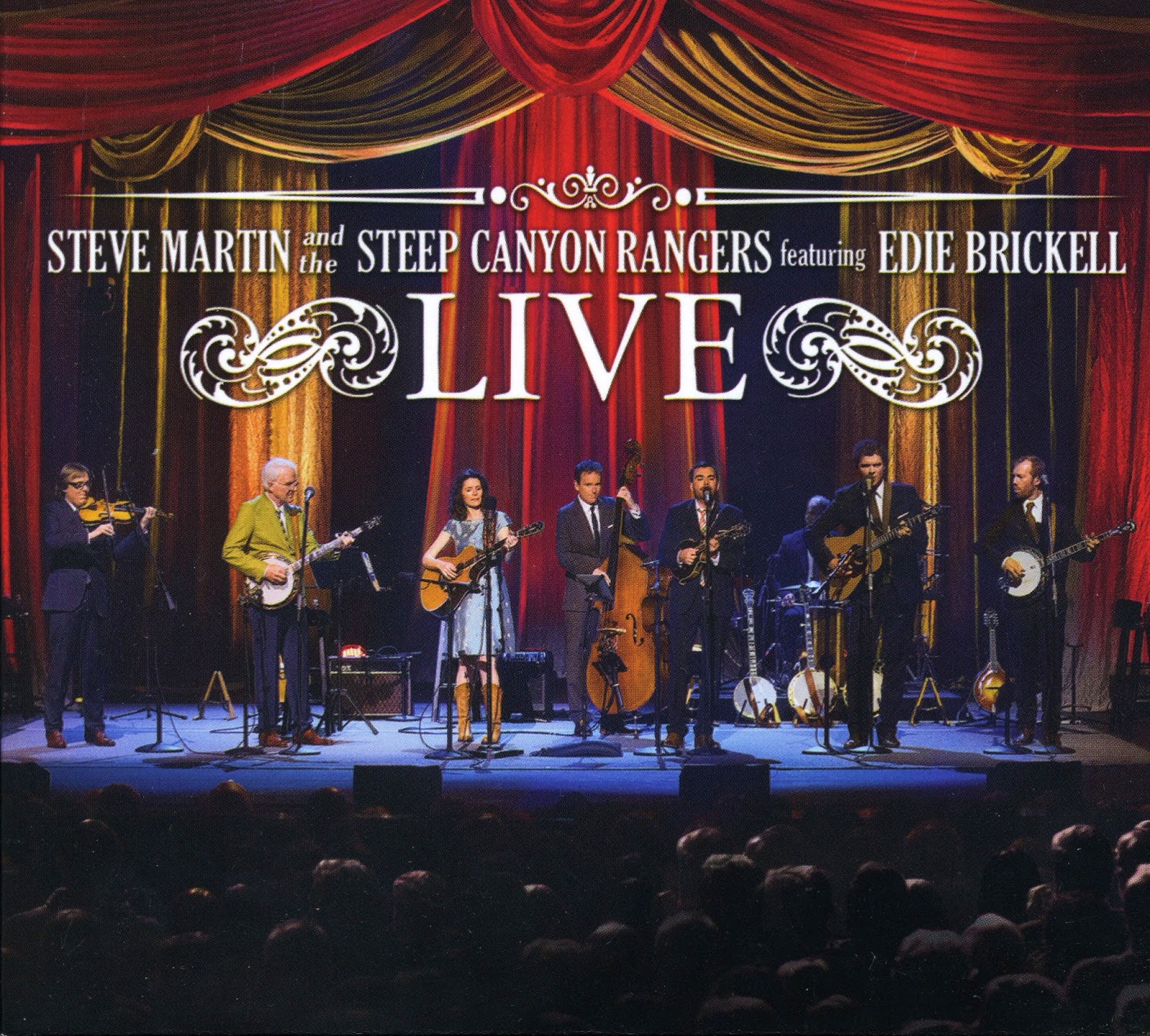 So, last week, the opportunity came up to do what I thought was a 3-hour fill-in radio program at WHUS today...which also happens to be my birthday.  Even though I'm NOT really a "morning person," I got up and arrived in Storrs well before the 7AM start time of the program.  My goal was pretty basic -- play a bunch of songs that I like -- sort of like what might come up on the "shuffle" feature on my iPod (which is generally how I listen to music).  Turns out that a 15-minute WHUS news program at the end made the show end at 9:45AM, but still, I think the mix of songs came out okay even if I'm not exactly the best judge!

For the kicker, I even played a few Broadway show tunes and a John Philip Sousa march -- music I've NEVER played on the air during 20+ years of broadcasting.  Still, these are songs that could be heard on my iPod and are some of my favorites, so why not include 'em?  As it turns out, I had way more music with me than I had time to play it this morning, so perhaps we'll be listening to a few more of my favorites during NEXT Friday morning's fill-in, 7-10AM (I think).

If you heard the show, hope you enjoyed it.  If you're more interested in hearing straight Bluegrass, James & Cathy Ward host their "Bluegrass Rules" program on Friday afternoons from 4-5PM, and Jim will be behind the mic for this Sunday's "Bluegrass Cafe."  Join him from 4-7PM on Sunday, won't you?


Posted by Bluegrass Cafe at 4:30 PM No comments: 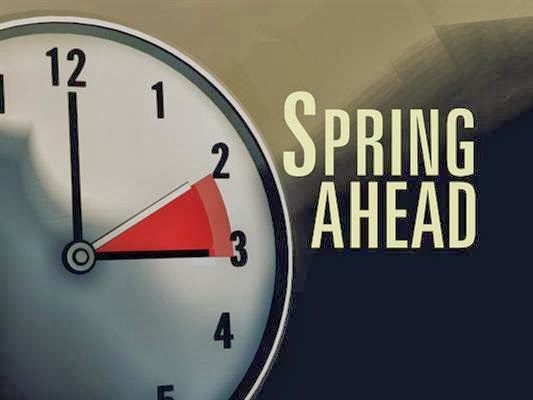 This was our first post-Radiothon edition of Bluegrass Cafe, and our intention was to play LOTS of music.  However, the UConn Men's Baseball game went into extra innings after the other team tied up the game with 2 outs in the 9th, so that didn't allow the show to start until about 4:40PM.  Still, we tried to squeeze in as much music as possible -- and a whole bunch of it was brand-spanking new to our WHUS airwaves...


Daylight Savings Time began on Sunday, so that gave us the perfect opportunity to play Grandpa Jones's lament about Daylight Saving Time, as well as a few other "time" related songs from the likes of the Kathy Kallick Band, Lou Reid & Carolina, the Del McCoury Band, and a couple of others.


For the last two weeks of programs, we've mostly played recordings that were available as premiums for Radiothon.  While that was fine, on today's show, we had some opportunity to play a few recordings that have been received over the last couple of weeks.  There is a whole lot of wonderful NEW Bluegrass music to be heard, and we were pleased to be able to play some of it today, including newer projects from the Special Consensus, Matt Wallace, Dave Adkins, Bill Emerson & Sweet Dixie, and three New England-based bands, Evergreen, the Reunion Band, and Connecticut's own ShoreGrass.  There is also a fabulous new reissue of a Jim & Jesse & the Virginia Boys 2-record set from the 1960s:  "Radio Shows" on Rural Rhythm.  This is a fantastic recording from what is, perhaps, one of the most underrated brother duos in country and Bluegrass music history.  Great stuff!

Once again, we like to say THANKS to everyone who generously supported WHUS -- and, of course, Bluegrass Cafe -- during Radiothon!  Our listeners are always the best , so thanks so very much!

Jim will join you for next Sunday's Bluegrass Cafe, but if you're in the mood for a classic country and Bluegrass fill-in kind of program, join me on Friday morning (March 14th) from 7-10AM.

Posted by Bluegrass Cafe at 11:33 PM No comments:

Radiothon 2014 is history for us at Bluegrass Cafe.  Hooray!  While we were unable to reach our station-set goal of $2,400 during the two weeks of Radiothon, we certainly came pretty close :  $2,050.  Not too bad, huh?

We are extremely grateful to the folks who called us both today and last Sunday, and to the fine volunteers who helped us by answering phones:  fellow WHUS Bluegrass DJs James Ward and his mom, Cathy Ward, Red House host John Veseskis, perennial helpers, Clyde Proch and Scott Farrar, and my mother, Eleanor Orlomoski.  Thanks, everyone! 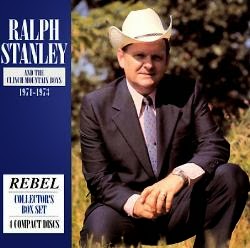 UCONN Baseball delayed the beginning of our show today until about 4:40, and the game totally wiped out the second Sunday of the Red Rooster Party Radiothon.  As Jim wanted to offer RRP premiums today, we set aside a few songs today from some of the performers you might normally hear on a Red Rooster Party, including Jimmie Rodgers, the Carter Family, the Golden Gate Quartet, and Hank Williams.  If you enjoy that sort of rootsy music, be sure to listen to RRP when you can.  On Sundays when there are no sports broadcasts, you can hear RRP from 1-4PM.

BIG THANKS once again to EVERYONE who made a pledge to support WHUS during Radiothon, especially those who supported Bluegrass Cafe!  We know our listeners are The Best -- thanks for proving that once again in 2014!

Posted by Bluegrass Cafe at 11:17 PM No comments: