This was a fill-in show for me because Amy was not available today.  I used the opportunity to play some old "moldy" vinyl bluegrass that needed to see some light outside of the Heritage Corner.  Some album covers from the source material are shown below. 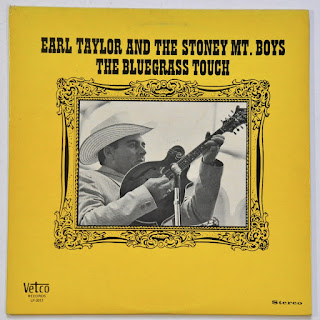 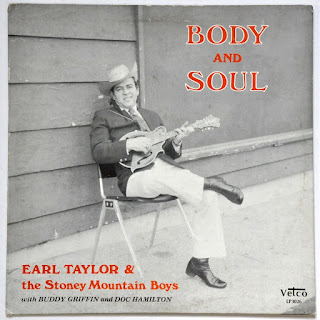 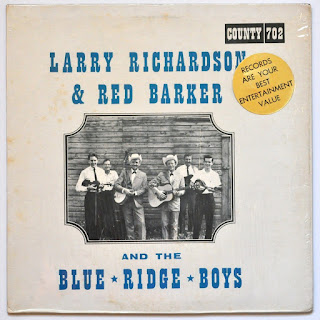 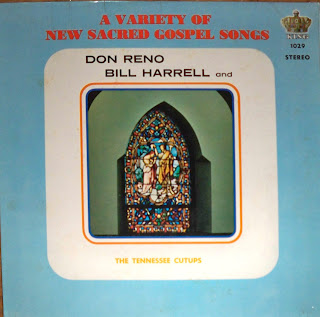 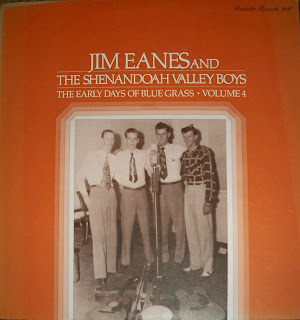 Not all of the music was legacy as we played a swath of newer music from the likes of The Gibson Brothers, Michael Martin Murphey, Mickey Galyean & Cullen's Bridge, Kathy Kallick, The Kruger Brothers, Clinton Gregory, Dawn Kenney, Scott Brannon, Richard Bennett, The Boxcars, and a good number of tunes from the mandolin duo of Alan Bibey and Wayne Benson.

The Red Rooster Party show just before this edition of Bluegrass Cafe had an extensive interview with Gordon Pike and Darlene Champagne who grew up with the Pike Family in Eastern Connecticut and made music with that pioneering family.  We played a few songs from Darlene Champagne (Reflections of Grass) and Gordon Pike and the Dixie Darlins' to accent that previous show.

Amy will be back next Sunday, so don't miss it.  For some roots of this music, tune in two hours earlier for Red Rooster Party.

On this Father's Day, the "agenda" for Bluegrass Cafe included a good portion of music by Bluegrass fathers and sons, as well as -- of course! -- several songs with the father as the subject.  This coming week also marks the 99th birthday anniversary of a true musical stylist -- one Lester Raymond Flatt -- so there was a good bit of music from Lester's very prolific pen, and the song catalog of Flatt & Scruggs.

Like a lot of businesses, it seems that Bluegrass is a "family" type of business, wherein a whole lot of Bluegrass musicians were -- and continue to be -- drawn into playing and performing Bluegrass by their musical fathers.  While we could -- and should -- have included music from more musical families than what we had time for today, we still managed to share songs on Sunday from notable Bluegrass families with the surnames of Parmley, McCoury, Reno, Rosenthal, Mullins, Paisley, Harrell, Osborne, Hayes, Armistead, and, of course, Monroe.  Yes, there are Bluegrass fathers and daughters, but for some reason, we didn't get around to playing music from them today.  Maybe next time around, we'll try to squeeze in a few of those...

As can be imagined, there are LOTS of Bluegrass songs that have been written with the subject of "father" in mind, no matter if he's called "Dad," "Daddy," or "Papa."  The dozen father songs we heard today -- some a bit bittersweet -- came from several performers, including Bill Harrell & the Virginians, BearTracks, Russell Moore & IIIrd Tyme Out, Phil Leadbetter, the Whitstein Brothers, White Mountain Bluegrass, the Spinney Brothers & Close Company, Danny Paisley & the Southern Grass, Tim O'Brien & Darrell Scott, Jim Mills with Paul Brewster, and the Gibson Brothers.  We even were able to track down a single from the late Fred Pike along with another IBMM-recognized Bluegrass Pioneer, Maine's Al Hawkes.

We absolutely couldn't let the show pass without highlighting a few songs from big-time Bluegrass songwriter and super-musical stylist, Lester Flatt.  It's hard to truly appreciate the groundbreaking influence that Flatt and his long-time musical partner, Earl Scruggs, were able to achieve, but achieve it, they did.  Outstanding!  Lester Raymond Flatt would have turned 99 years old on June 19th.  Obviously, Bill Monroe was extremely important, but Lester Flatt was just plain old remarkable.

Despite all of the other features, we still managed to share a little bit of newer music on Sunday, too, including songs from projects by Della Mae, the Snyder Family Band, Claire Lynch, a terrific new record from Big Country Bluegrass, the Spinney Brothers, Gordon Pike & the Dixie Darlins, Flatt Lonesome, the Gibson Brothers, and a fun little throw-together band on Mountain Fever Records called Sideline.

Hope all of the dads had a wonderful Father's Day, and be sure to join Jim next Sunday afternoon as he'll be doing double-duty on the ol' radio, hosting Red Rooster Party from 2-4PM, and then, sticking around for Bluegrass Cafe from 4-7PM.  It'll be fun, so listen, won't you?

REQUESTS ARE RED.
Posted by Bluegrass Cafe at 12:07 AM No comments:

As it was kind of a "quiet" week in the Bluegrass World (meaning, not too many birthdays or other events to remember and/or celebrate), the musical selections on Sunday's show were kind of a hodgepodge.  Sometimes, that's really not such a bad way to go, is it?

There was one notable birthday to remember:  that of a certain "guitar hero" for a whole bunch of Bluegrass guitar pickers -- Tony Rice (born June 8, 1951).  The show opened with a few selections a couple of different Rice configurations over the years -- with J.D. Crowe & the New South, the Bluegrass Album Band, as a guest on a David Grisman all-star production, and with occasional duet partner, Ricky Skaggs. 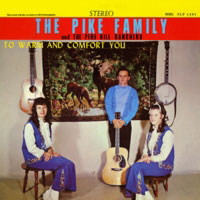 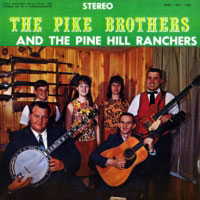 We took a few moments on Sunday's show to remember the musical Pike Family of eastern Connecticut.  In the mid-1960s to early 1970s, banjo/guitar picker Fred Pike worked in a band with his youngest brother, Earl, Earl's wife, Nita, and two musicians from Canterbury, CT, Dave Papuga and John Piela.  The band was called the Pike Brothers & the Pine Hill Ranchers, and the star vocalist in this group was Earl and Nita's oldest daughter, Earlene.  Earlene Pike was a tremendously gifted singer, and her husky, full voice was extremely unique and sounded much older than her actual years.  If you've listened to Bluegrass Cafe at all over the last ten years, you've likely heard me say that the Rebel records of the Pikes were often played around my house, and honestly, I can't remember a time when I didn't know about the band.  Sadly, Earlene died on August 11, 1972 of complications from bone cancer, just a couple of months shy of her 19th birthday.  Still, her music and legacy live on through the life of her younger brother, Gordon, and we are always pleased to share the music of the Pikes on the air at WHUS.  Recently, Jim had an opportunity to talk with Gordon Pike, and Jim's interview -- complete with a whole lot of great Pike music, I'm sure -- will air on an upcoming edition of "Red Rooster Party."  We'll let you know the firm date the interview will air when it's settled, but I'm sure you'll want to tune in to hear it. 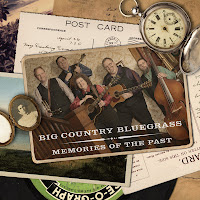 Hope you heard something you enjoyed on Sunday afternoon, and that you'll be sure to join us once again for three hours of the Bluegrass -- Sunday, 4:00-7:00PM.

Posted by Bluegrass Cafe at 12:08 AM No comments:

While there was some confusion about the start time of today's radio show due to various rain delays moving back the starting time for the UCONN Men's Baseball NCAA tourney game (from 1PM to 3PM), we were finally able to bring you a pretty packed 66 minutes of Bluegrass Cafe this evening.  As the men lost their game today, that ended the summer sports show preemptions from the WHUS Sports Department.  Needless to say, we're rather pleased about that...

As it was a super-short, 66 minute show, we didn't get a chance to play a whole lot of new music, but still, there were songs from recent projects by Marty Raybon & Full Circle, John Reischman, the Kathy Kallick Band, the Spinney Brothers, the Boxcars, Don Rigsby, Volume Five, and Danny Paisley & the Southern Grass.  We also played music from two performers featured at this weekend's nearby Strawberry Park Bluegrass Festival:  Junior Sisk & Ramblers Choice and the ever-popular Gibson Brothers.

Next week's show will feature a full 180 minutes of the best in Bluegrass - I hope!  Be sure to join me, if you can...

Posted by Bluegrass Cafe at 10:07 PM No comments: