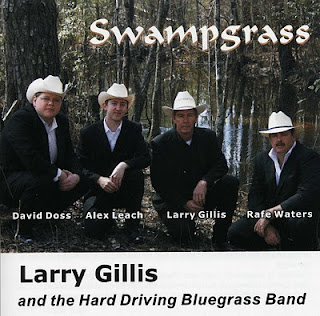 I got to the WHUS studio Sunday afternoon to find a new CD in the mail from Larry Gillis and the Hard Driving Bluegrass Band. Without even having a chance to listen, I put on the title track "Swampgrass" right after the opener, and as Larry was driving that archtop banjo hard, the phones lit up! I ended up playing a couple tracks from this really hard-driving traditional recording during the show, but the great news is that the Larry Gillis Band will be appearing at the TrueGrass series August 1st at the Firebox Restaurant at 539 Broad Street in Hartford. 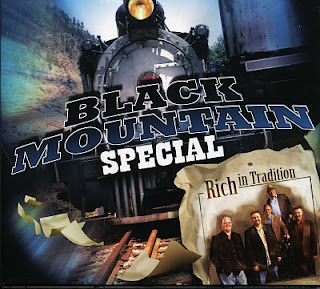 e great music on this show, including tracks from a new CD from Rich In Tradition titled "Black Mountain Special." The group Rich In Tradition is an evolution of the band that recorded the great CD "Born Into Bluegrass - The Songs of Cullen Galyean" last year, and is led by Cullen's son Mickey. Every track on the new CD is excellent, and you will be hearing us play from this recording quite a lot in the coming weeks. I especially enjoy the song "Red and Green Signal Lights" co-written by Gussie L. Davis, a black songwriter who wrote this song and the huge 1930s hit "Maple On The Hill" during the 19th century. On a sad note, I just learned that Cullen Galyean passed away in his sleep Tuesday, July 13th. He must have been proud to see Mickey carrying on his great legacy. 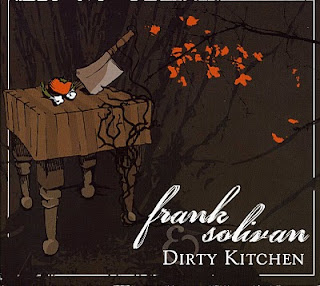 There was more new music from Tim O'Brien, Frank Solivan and Dirty Kitchen, Darrell Webb, Common Strings, and The Lonesome River Band. I also sneaked in a version of "Mama Tried" by The Bluegrass Brothers to salute Merle Haggard who was profiled on that morning's version of CBS Sunday Morning.

Amy will make the banjos and fiddles ring next week, so don't you miss it.