Visiting with the entertaining Eric Gibson this Sunday, April 7th!

Around this time every year, I start to think about getting in touch with Eric Gibson so that we can schedule an on-air visit sometime before the Gibson Brothers make their annual appearance at the nearby Strawberry Park Bluegrass Festival in late May.  Eric beat me to the punch this year, though, as earlier this week, he asked me if we might like to schedule a time for him to come on the Bluegrass Cafe this month to chat a bit about the Gibsons' recently released eleventh record, "They Called It Music."  After considering the idea for about two seconds, I said, "Of course!"  It's always a fun time visiting with Eric, and really, how crazy would it be to pass up any opportunity to talk to a reigning International Bluegrass Music Association Entertainer of the Year?  The plan is to get Eric on the telephone 'round about 5:30PM on Sunday afternoon.  Sure hope you can tune in to the ol' radio show!

In case you're wondering, this new record from Eric and brother, Leigh Gibson is a dandy, and has been receiving some really excellent reviews in resources like No Depression and Bluegrass Today, among others.  It's the Gibsons' first record that they've made since winning the coveted Entertainer of the Year award last September, and some will tell you it's their best recording ever.  While I'm not quite willing to make a proclamation that "They Called It Music" is the best ever record by the Gibson Brothers, I would wholeheartedly agree that this CD offers a fabulous combination of thought-provoking original lyrics, wonderful harmonies, and terrific musicianship from Eric and Leigh, as well as from the Gibsons' longtime bass player Mike Barber, fiddler Clayton Campbell, and Joe Walsh on the mandolin.  We've been playing a bit of music from this fine Compass Records recording on the air for the last few weeks, and there's no doubt that you'll be hearing a whole lot more from it for the foreseeable future, too.  If you don't yet have your own copy of "They Called It Music," we're happy to tell you that this recording will be one of the many fantastic "thank you gifts" we'll offer for your pledge of support to WHUS during our upcoming Radiothon campaign.  More information on Radiothon -- which begins on April 13th! -- is coming very soon. 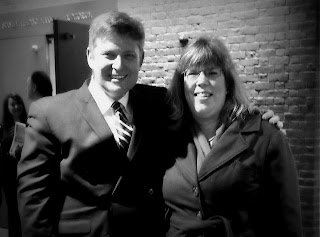 While the Gibson Brothers make some wonderful records, to really appreciate them, you need to see them in concert.  Fortunately, you'll have several opportunities to do that here in Connecticut over the next few months.  In eastern Connecticut, the Gibsons will play at the Strawberry Park Bluegrass Festival in Preston, CT on May 31st, and in Salem, CT on September 22nd.  Toward the end of this month of April (specifically, on April 27th), the brothers will make their first appearance in the northwestern corner of Connecticut when they play a show at the Infinity Music Hall in Norfolk, CT.  Be sure to get out there and see them, won't you?  (If you don't happen to live in Connecticut, but still want to see the Gibsons, you can find their performance schedule by clicking here.)
In anticipation of some of these Connecticut shows, take a look and listen at the title track of "They Called It Music:"


Sure hope you'll be able to join us for the entire three hours of the Bluegrass Cafe this Sunday beginning at 4PM (following a UCONN Baseball broadcast from 1-4PM).  It'll be a big time!Amy
Posted by Bluegrass Cafe at 12:07 AM