Another Sunday -- another three hours' worth of Bluegrass Cafe!  During the season of UConn Basketball, we can never take that luxury for granted, so we sure hope you liked the show...


The rest of the show included a combination of older songs and newer music from Jett's Creek, the Grascals, Unspoken Tradition, Blue Highway, and Tom Mindte, as well as from two recent projects from two Connecticut-based bands:  ShoreGrass and BluesGrass.

Hope you enjoyed something you heard at some point during Sunday's show.  Our WHUS broadcast schedule will change once again this week, but I think it's a fairly safe bet that you'll still be able to hear Jim next Sunday for three more hours of Bluegrass Cafe!

Posted by Bluegrass Cafe at 10:46 PM No comments:

This was a great day for bluegrass music on the radio!  We featured an interview with Larry Efaw, the Ohio bluegrasser (by way of West Virginia and western Pennsylvania) who has continued his family's band called the Bluegrass Mountaineers that released an excellent traditional album in 2013 that we picked up late in the year and named one of our favorites of 2013.  We were eager to hear about Larry's family band and history in the music, and he gave us the whole story.  We heard six tracks from Larry's album on the show.  Check out the band whenever they are close, and check out their website here. 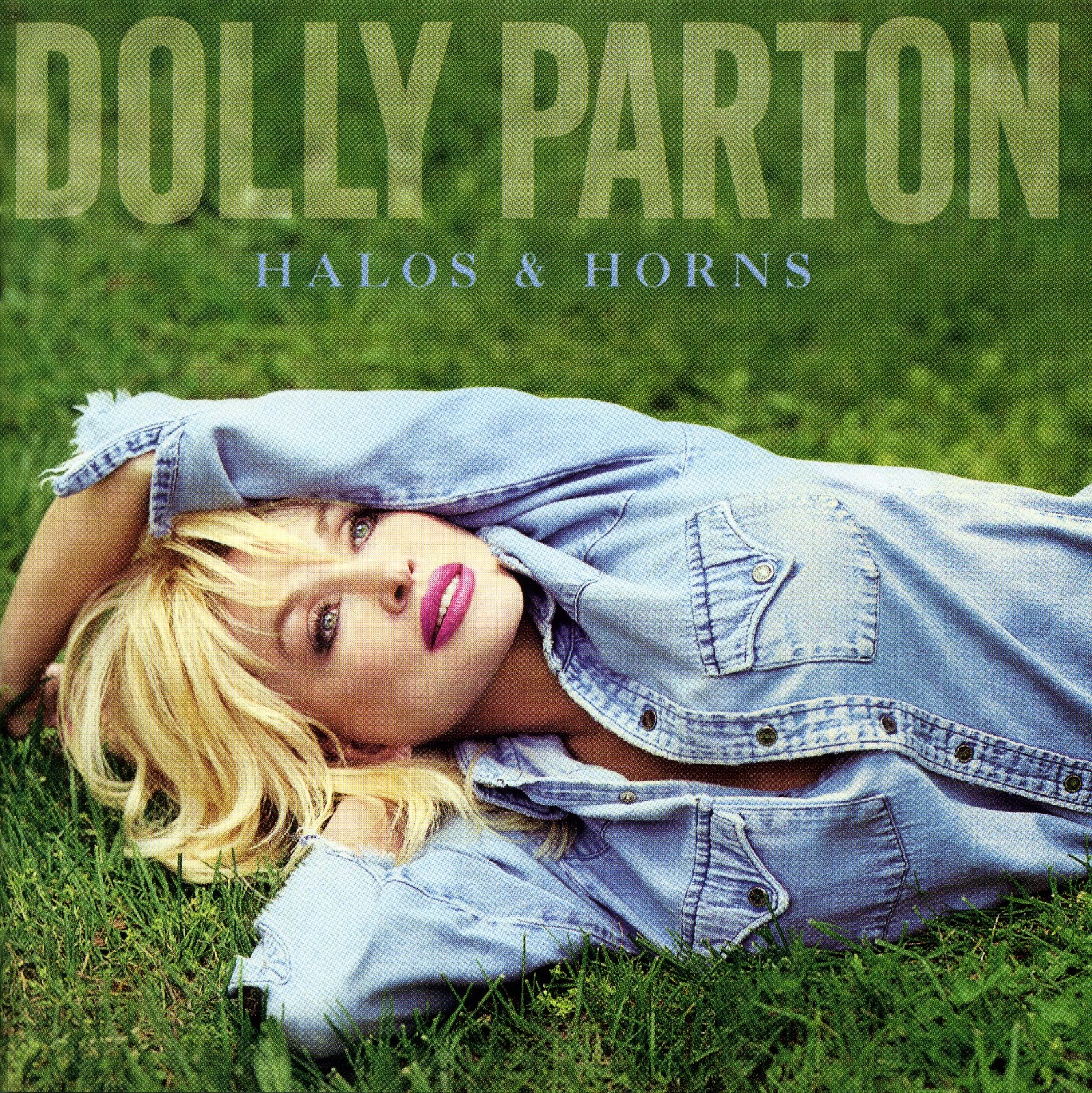 We also celebrated Dolly Parton's 68th birthday with a long set of Dolly's music, most of which was bluegrass-friendly.

J.E. Mainer Jr. will celebrate his 90th birthday Wednesday,  January 22, so we played a couple of tracks he recorded with his dad for King in 1946, including one he wrote. 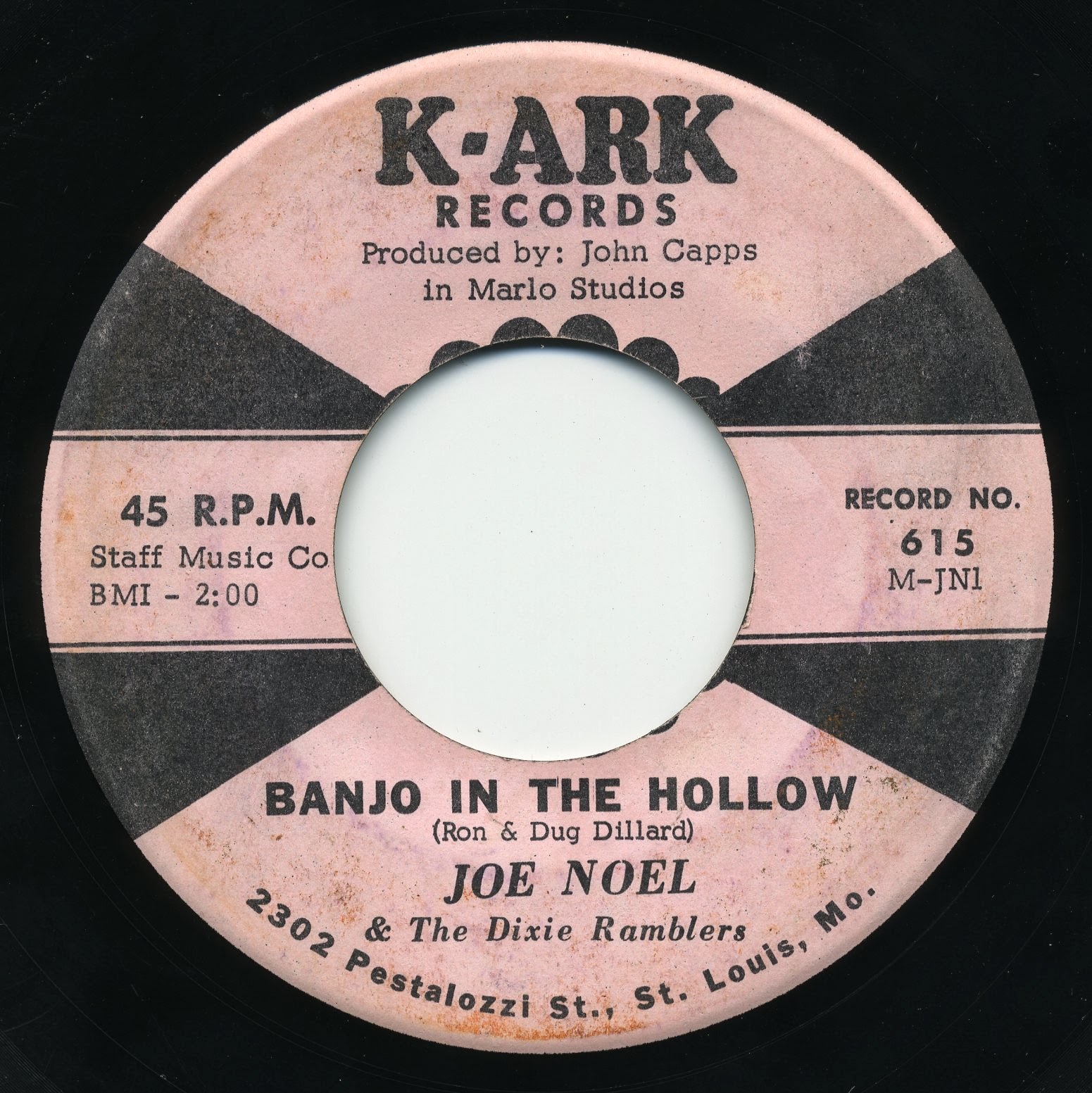 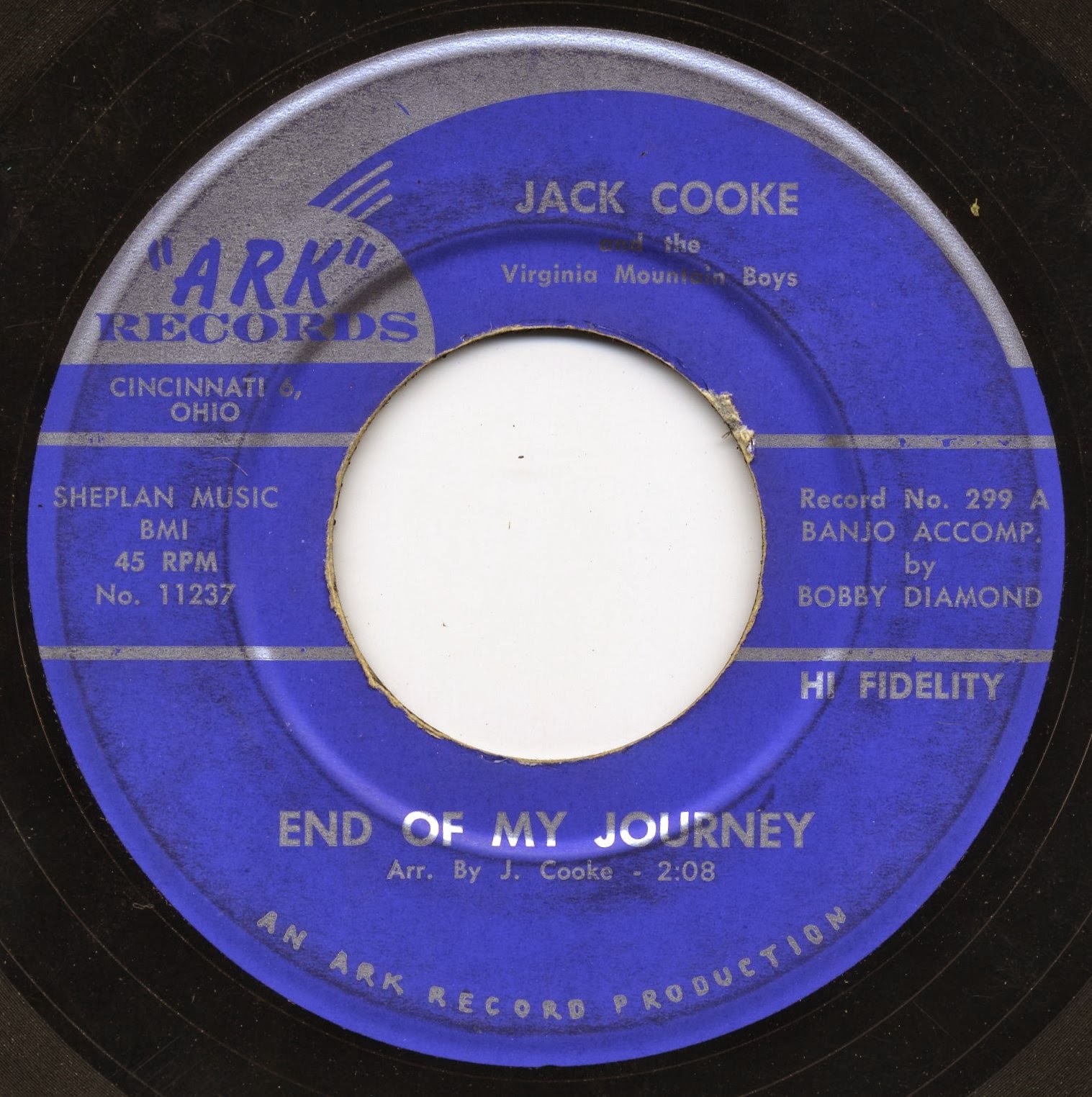 I dug out some recent 45 RPM additions to my personal collection and shared with everyone.  The list included the original recording of the Doug Dillard banjo tune, "Banjo In The Hollow" by Joe Noel & The Dixie Ramblers with Doug and Rodney Dillard on banjo and guitar, and songs from Albert Parsley & Landon Messer, Jack Cooke (yes, the Clinch Mountain Boy) from a solo recording in the early 1960s, and a track from Bill Price's band The Country Pardners. 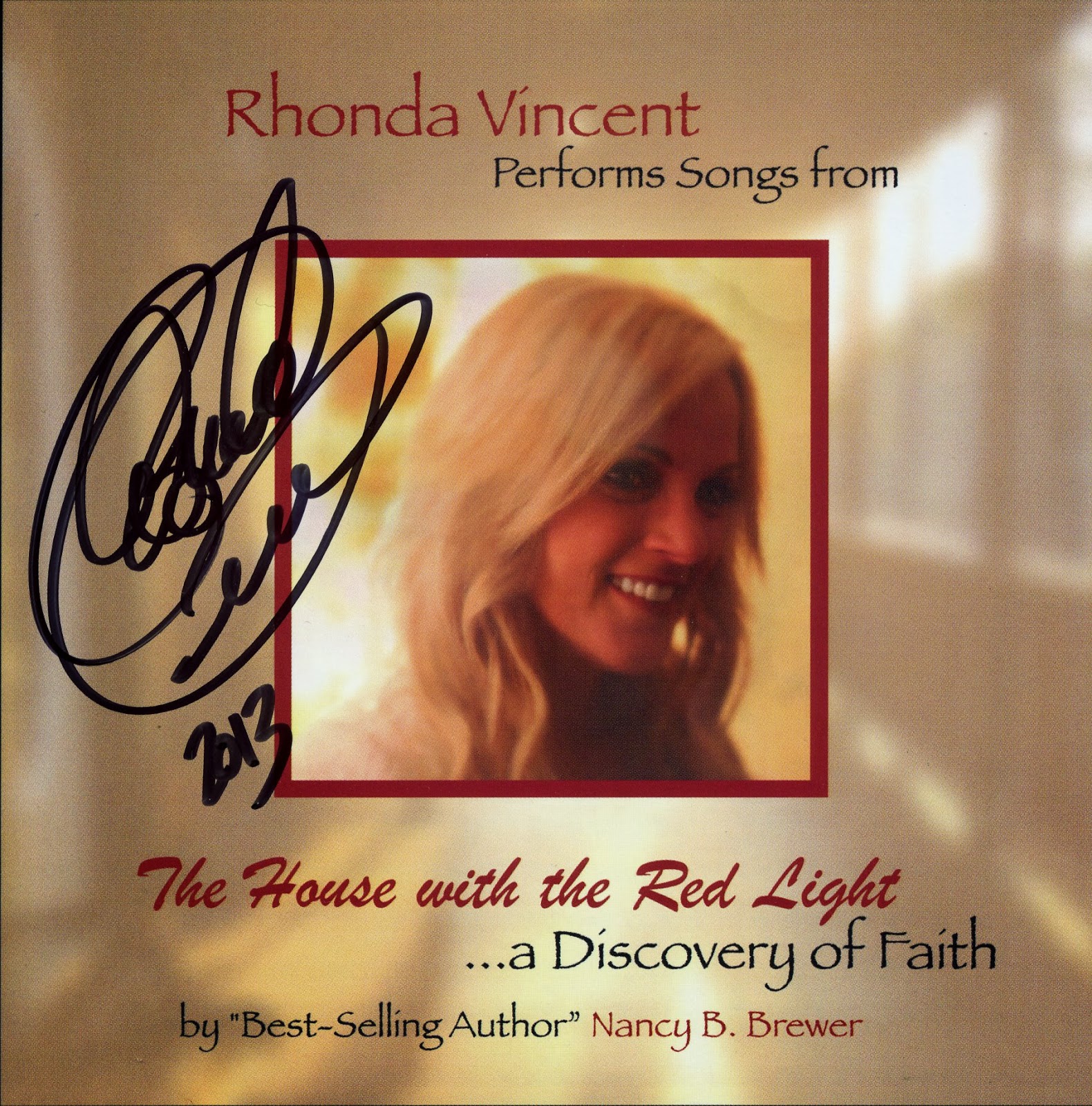 We introduced a song from a new CD that Rhonda Vincent recorded to accompany a book by Concord, North Carolina author Nancy B. Brewer.  The book is "The House With The Red Light" and the CD contains songs referenced in the book.

Robert E. Lee was born on this day in 1807, so we played an old Jimmy Arnold song about General Lee to remember.

We had fun and we hope you did, too.  Amy will be back next week to make the banjos and fiddles ring, so tune in!

For the second week in a row, our Bluegrass Cafe program was a full three-hour presentation.  That doesn't always happen during basketball season at the University of Connecticut, so we hope you enjoyed the show today...


Highlights from Sunday's show included the wonderful, crystalline harmonies of the Everly Brothers, as we paid tribute to the late Phil Everly, who died of complications from COPD on January 3rd.  The Everlys were definitely NOT Bluegrass performers -- or even really country music performers -- but you cannot say that their brother-duet harmonies were not any less pure and true than harmonies from earlier brother duet acts like the Delmore Brothers and Louvin Brothers before them, and the Gibson Brothers and Spinney Brothers in today's Bluegrass world.  In tribute to Phil and the Everlys, proper, we shared two songs from the Everlys' 1958 well-loved LP, "Songs Our Daddy Taught Us," as well as four Bluegrass covers of Everly Brothers songs. 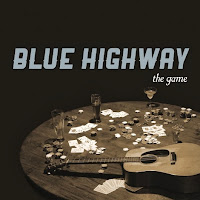 We also played music today from one of the most-underrated acts in all of Bluegrass:  Blue Highway.  This band has been together for nearly twenty years, and the members now are the exact same members who started the band.  That's nearly unheard of in any genre of music, but especially Bluegrass!  The newest Blue Highway record -- "The Game" on Rounder Records -- will be released to the public on January 21st, and we shared three songs from it on the air today.  Nice!

Be sure to join Jim for next week's radio show -- maybe even another full 3-hour edition!

Posted by Bluegrass Cafe at 11:49 PM No comments:

The first show of the new year included some classic and relatively obscure material in addition to a good swath of newer music.

The newer included a song from each of the eight CDs I compiled as my favorite traditional releases of 2013.  We also heard the recent single released by Dave Adkins, music from Del McCoury, The Grascals, NewTown, Unspoken Tradition, Jim Lauderdale, Jeff Scroggins and Colorado, JD Messer and Sanctified, and Jack Lawrence.  As a rare treat we introduced a special unreleased recording from an upcoming project from Bradford Lee Folk and the Bluegrass Playboys.

For the first time on Bluegrass Cafe we heard a couple of tracks from The Johnny Jackson Band from Virginia.  The band consists of Johnny Jackson, who sings the mountain style, along with his grandson James Stiltner picking guitar and some Reno-influenced banjo.  Edith Jackson and Cindi Stiltner round out the group contributing vocals and bass. Their self-produced recordings are a little rough around the edges, but the picking is excellent and their heartfelt singing befits their home region.  You can get a sample of their music here. 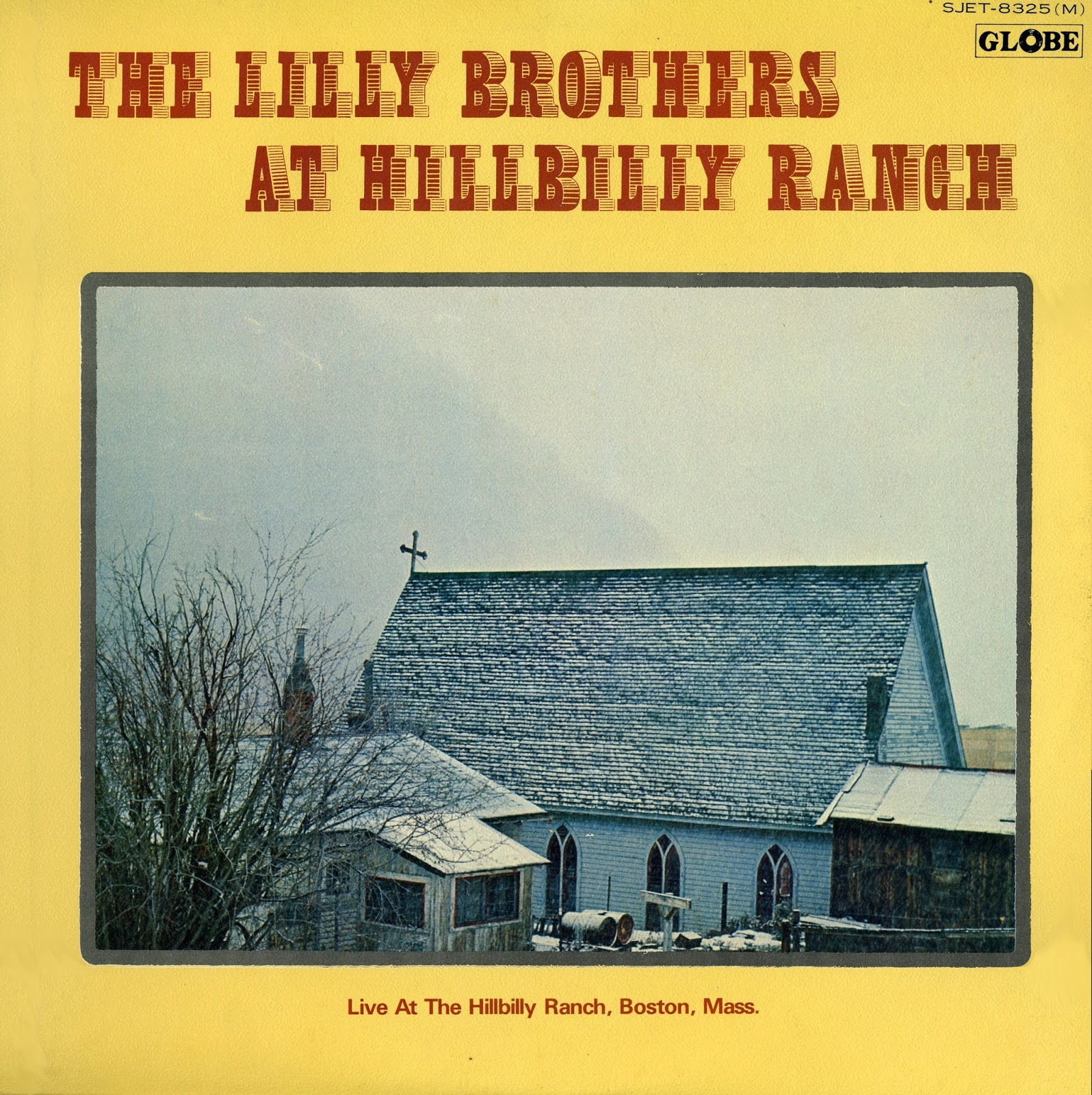 James Stiltner also picks lead guitar with Sammy Adkins and the Sandy Hook Mountain Boys, so we played a track from Sammy on the show.  More classics from my Heritage Corner included some Doc & Merle Watson bluegrass, Charlie Moore & Bill Napier, Dave Evans, The Hillmen, The Doug Dillard Band, IIIrd Tyme Out (from 20 years ago,) The Gillis Brothers both from a 1993 Ray Davis recording and from a 2005 reunion concert, a rare live recording of The Lilly Brothers at Hillbilly Ranch in 1960, and a few tracks from a 1947 broadcast of The Stanley Brothers on WCYB Farm & Fun Time.

We hoped the first show of the year inspired you to tune in again next Sunday when Amy will make the banjos and fiddles ring!