We had a nearly three-hour long session in the Bluegrass Cafe on Sunday afternoon, and revisited several recordings we (or, at least, I) hadn't heard in quite a long, long time.  Plus, we shared some newer music, and still managed to pay tribute to some of the newest soon-to-be-members of the Country Music Hall of Fame, as well as a Bluegrass birthday celebration of a bona fide Country Music legend.

This week, the Browns -- Maxine, Bonnie, and Jim Ed Brown -- were announced as members of the Country Music Hall of Fame.  The Browns had some very smooth sibling harmonies, and could never be considered Bluegrass performers by any stretch of the imagination.  However, a little bit of their music has been covered by Bluegrass performers, and we just couldn't pass up the opportunity to share some great Browns music during the program on Sunday.

To celebrate the birthday of one William Orville Frizzell -- immortalized by the childhood nickname of "Lefty" -- we shared quite a few songs from his great catalog of honky tonk tunes.  Lefty Frizzell was born on March 31, 1928, and like a whole bunch of other Country Music Hall of Famers, a whole bunch of Lefty's records have been covered by Bluegrass performers through the years.  We shared a half-dozen of those songs from Red Knuckles & the Trailblazers, BearTracks, the Country Gentlemen, Tim & Mollie O'Brien, J.D. Crowe & the New South, and the Del McCoury Band.

There were a couple of Bluegrass performers who will celebrate birthdays this week, and we took a few minutes to celebrate them, including Phil Leadbetter (born March 31, 1962) and Cliff Waldron (born April 4, 1941).  Best birthday wishes to them!

Jim will join you for the Easter Sunday edition of Bluegrass Cafe -- even though we don't yet know if it'll be a sports-shortened show or not.  Either way, sure hope you have a very Happy Easter!


Posted by Bluegrass Cafe at 11:19 PM No comments: Links to this post

There were no preemptions on this show, so we celebrated by playing three hours of what we wanted to hear, and sampled some new music as well.

We had three big ticket giveaways for upcoming concerts in the area, so we played music from Monroe Crossing (concert 3/27 in South Windsor CT), Nitty Gritty Dirt Band (concert 3/29 in Hartford), and Rhonda Vincent (concert 4/11 in Hamden CT) as we gave away tickets for those shows.  There will be more ticket giveaways coming, so stay tuned. 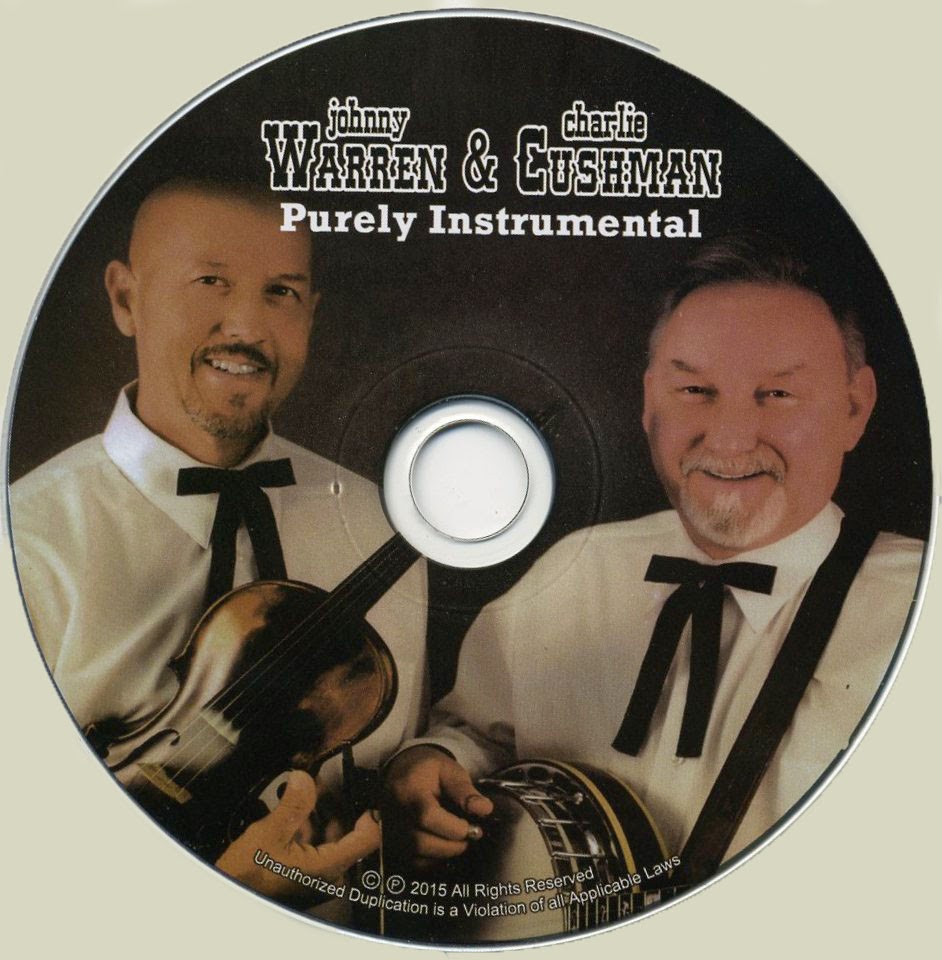 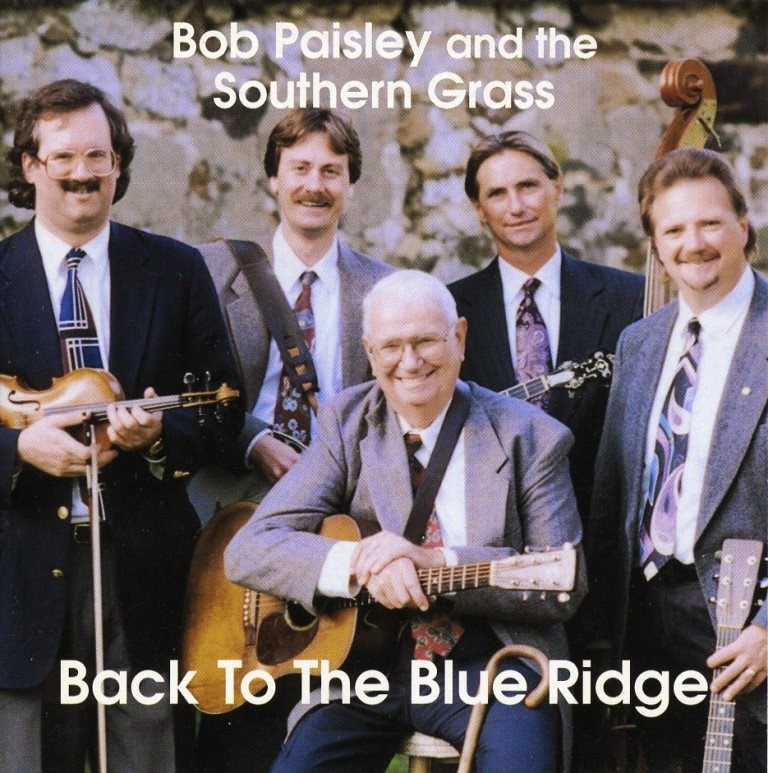 The delightful center of the Heritage Corner was filled by a complete "Basement Tape" segment of The Gillis Brothers recorded by Ray Davis in 1993.

We finished with a special treat.  Since October 2010 I have closed my shows with "Walking In A Dream" performed by the late Fred Etheridge with Mark Doyle and Nick Anderson.  For this show we played a solo piano version of the song performed by Mark Doyle just for Bluegrass Cafe.

Tune in next Sunday when Amy will make the banjos and fiddles ring, and give away more concert tickets.

Posted by Jim Beaver at 10:57 PM No comments: Links to this post

It's March, and that generally means tournament time for various UCONN Sports activities.  Sunday's radio show was no exception to that rule, as we were left with about 80 minutes (of 180) of our broadcast time after the Men's Basketball loss in their tournament. 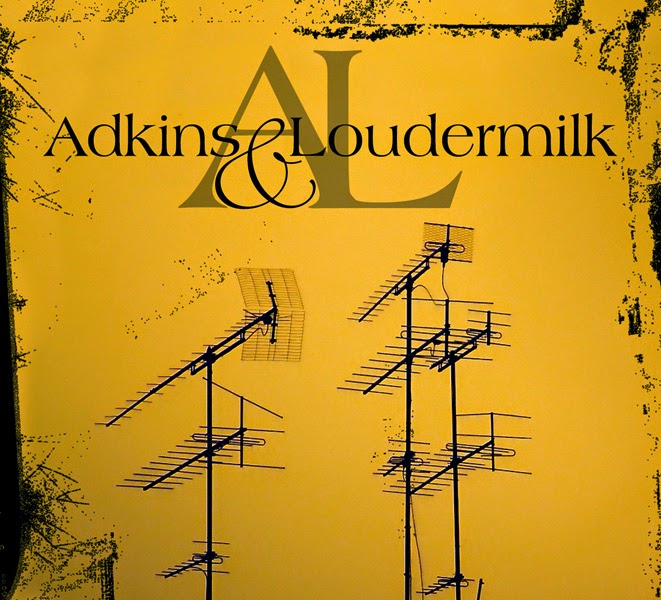 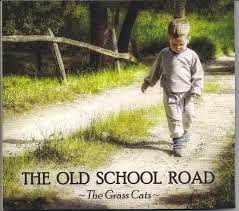 In the time remaining, we managed to squeeze in birthday music for folks like Raymond Fairchild, Bob Paisley, Tim O'Brien, and Ronnie McCoury, as well as a whole set of music celebrating St. Patrick's Day this week.  In addition, there was newer music from Adkins & Loudermilk, the Grass Cats, Billy Hurt, the Spinney Brothers, and the Gibson Brothers.

Not sure if the sports schedule will include preemptions of our Bluegrass Cafe next Sunday, but we shall see...

In the meantime, have a good week!

Posted by Bluegrass Cafe at 11:25 PM No comments: Links to this post

I had an opportunity this morning to do a 3-hour fill-in for Jimmy T.'s "Sugar Shack" radio program at WHUS.  Jimmy T.'s show is pretty eclectic, so when I fill in for him, it's fun to play whatever strikes my fancy.  Today, my choice was fairly classic country, and my country selections spanned from the late 1920s to the early 1990s.  Of course, as always, I brought in many more CDs than I was able to play during the show, but it was an enjoyable block of time spent for me -- and hopefully for whoever might have listened, too. 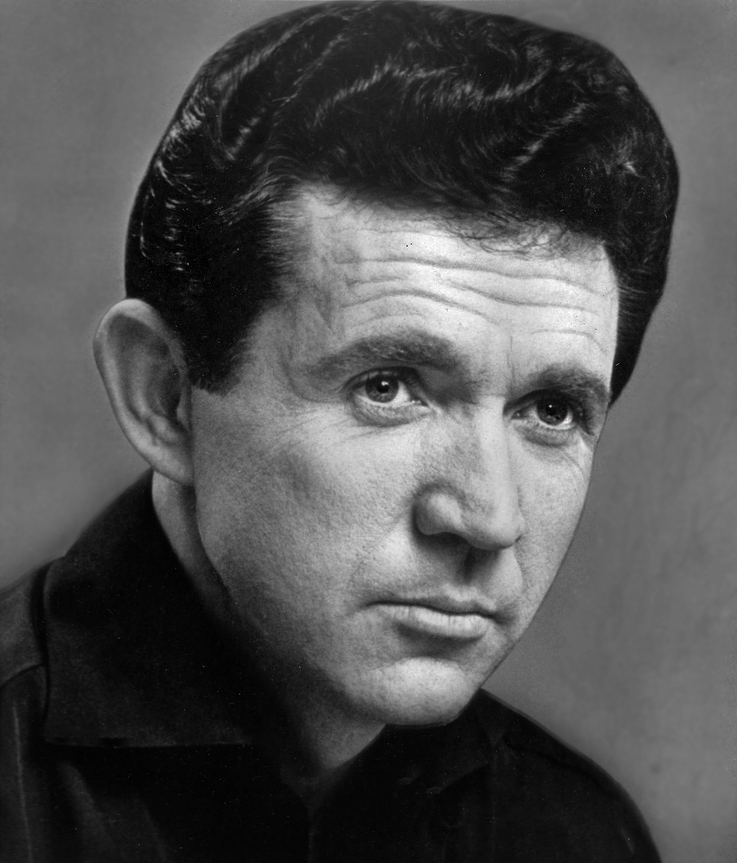 My "spotlight" Country Music Hall of Famer today turned out to be the Southern Gentleman -- Sonny James.  Why Sonny James?  While preparing for this fill-in, I knew it was going to air on the day before my birthday, and I wondered what the #1 Billboard Country chart topper was during the week I was born.  It turns out that it was Sonny James with his version of a song previously recorded by Roy Orbison:  "Only The Lonely (Know The Way I Feel)."  Figuring I'd play that song during today's fill-in, I also tracked down a couple other well-known Sonny James hits, including his mega-hit crossover record from 1957, "Young Love."  Sonny James had an incredible string of hit records from the 1950s to the 1980s, and even did a little bit of Bluegrass fiddling with Jim & Jesse in his early performing days.

Today's show also included a 1963 recording which might have been one of the very first-ever for the Statler Brothers.  Before they went to work with Johnny Cash in March 1964 (and finally found chart success with "Flowers On The Wall" in early 1965), the Statlers were just a vocal group trying to find their way to success while living in their Shenandoah Valley hometown of Staunton, Virginia.  In 1963, the Statlers went into a tiny recording studio in Salem, Virginia and recorded a song with local singer, Shirlee Hunter.  The song they recorded was "Billy Christian" -- a tune that had been written by a local DJ named Thomas Hall.  The song was not a hit, but the Statlers liked it so well that they re-recorded it as their third single a year later for Columbia Records.   While that Columbia version wasn't very popular, either, it turned out that the "Billy Christian" WAS still a success, but only as the flip side of "Flowers On The Wall."  And by the way, Thomas Hall found some success later on -- as Tom T. Hall.

Looks like our Bluegrass Cafe might have a bit of a late start due to another UCONN sports preemption on Sunday afternoon, but we hope you'll join us, anyway...whenever the show might air between 4PM and 7PM.


Posted by Bluegrass Cafe at 10:17 PM No comments: Links to this post

With all the spurts preemptions going on at UCONN lately, it is a wonder we have a show at all. This week we managed to salvage an hour and 49 minutes out of the five hours we normally program along with Red Rooster Party. 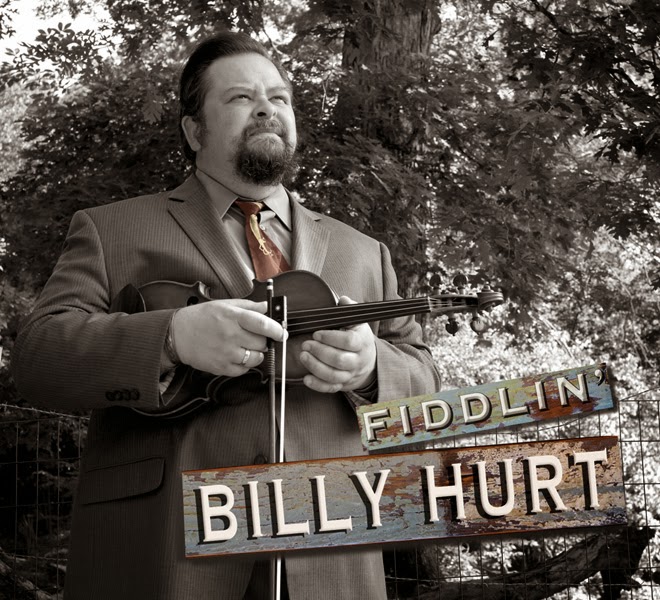 We carried on a significant musical tribute to Don Stover by including music Don performed for the field recorded Mountain Music Bluegrass Style (1959), a couple songs from his classic album Things In Life, several numbers from a solo performance Don did in 1985, and a requested number from The Lilly Brothers and Don Stover. 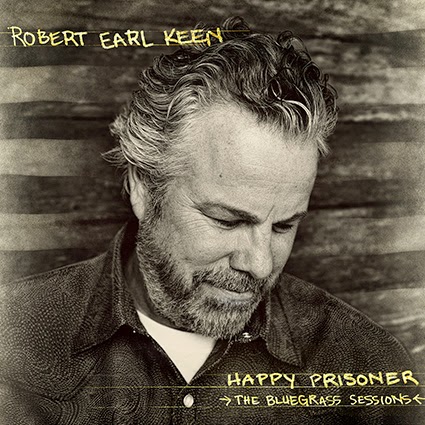 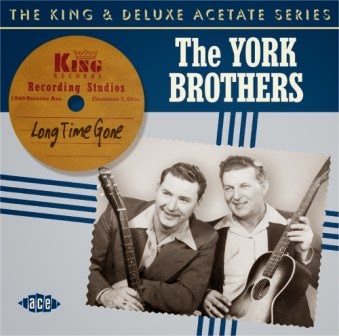 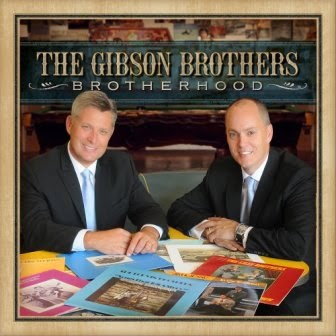 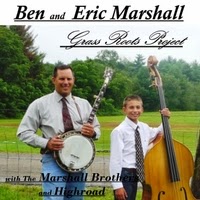 Other newer music on this show included songs from Larry Gillis, Ben and Eric Marshall (whom we may have introduced here to New England), The South Carolina Broadcasters, Windy Hill, Larry Sparks, Crowe-Lawson-Williams, The Easter Brothers, and Junior Sisk & Ramblers Choice.

We hope you were able to navigate the preemptions and find us when we were on the air.  Amy will try again next Sunday to make the banjos and fiddles ring.


Posted by Jim Beaver at 11:45 PM No comments: Links to this post 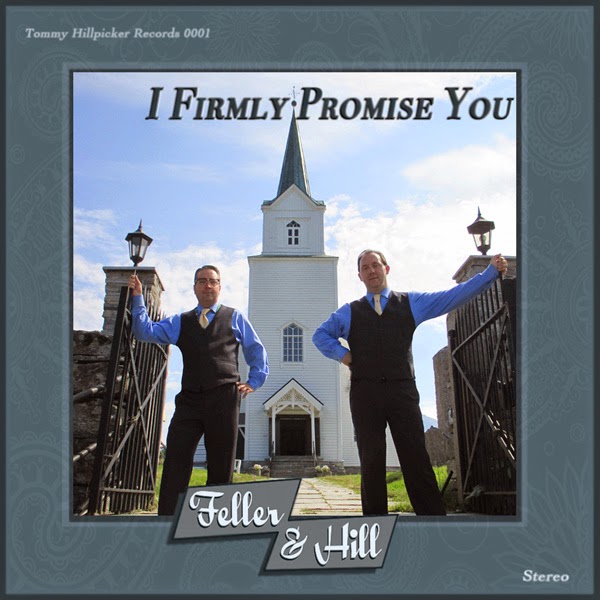 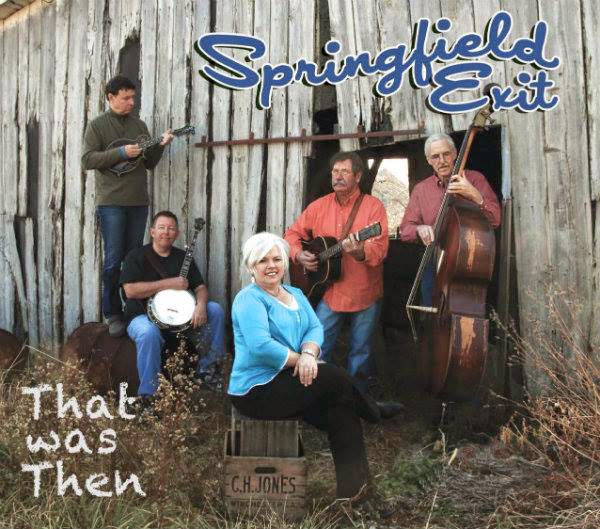 Although this sounds like a broken record (of sorts), Sunday may have brought in a new month, but it was another snowy day in Storrs, Connecticut.  Yuck!  Our Bluegrass Cafe included a good mix of older music, as well as new music from a few very brand new recordings and/or new performers including a new gospel recording from Feller & Hill ("I Firmly Promise You" on their own Tommy Hillpicker Records), the debut recording on Patuxent Music from Springfield Exit ("That Was Then"), plus a single from John Curtis Goad -- a young performer who is also a writer for Bluegrass Today.  Other newer recordings we heard came from Chris Jones & the Night Drivers, Volume Five, Darin & Brooke Aldridge, Cody Shuler, Shannon & Heather Slaughter, and the Gibson Brothers.

Jim will join you next Sunday afternoon for what should be a full 3-hour, non-preempted timeslot beginning at 4PM.

Posted by Bluegrass Cafe at 11:12 PM No comments: Links to this post