About a month ago, our WHUS Music Director asked us to put together a list of our personal "Top 10" picks for our respective genres of music for the WHUS website.  While I haven't yet seen a posting on WHUS.org listing everyone's favorites, it seems somehow appropriate to post such a favorites list on a New Year's Eve.  So, with that in mind, what follows is a list of some of my favorite Bluegrass recordings we've received at WHUS in 2015.  There are more than 10 selections, but don't let that keep you from reading the list.

Best wishes to all for much health and happiness in the new year, and we hope you'll join us for our first Bluegrass Cafe of 2016 this coming Sunday afternoon, 4-7PM.  Happy New Year!!

[Standard disclaimer:  This list includes the favorites of one person, based mostly on my memory of what records we received at WHUS in 2015.  Your opinions may vary -- and likely will.  :)  ] 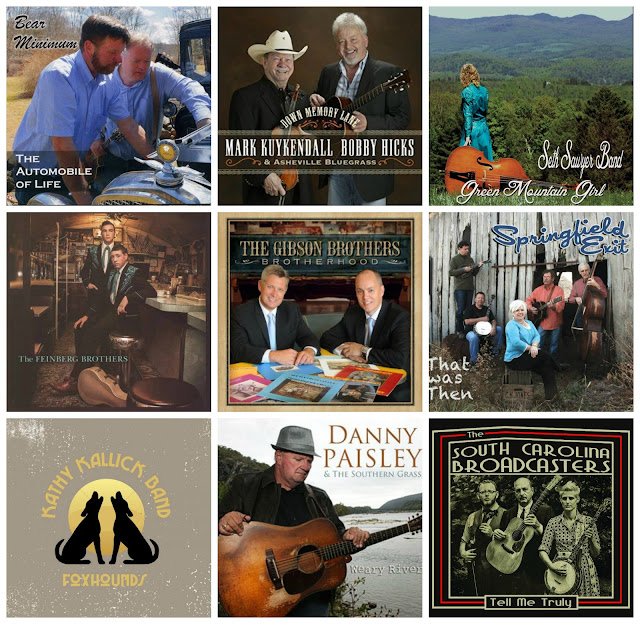 Posted by Bluegrass Cafe at 4:44 PM No comments:

Our last playlist for the year is below.  We hope you had a wonderful Christmas season and wish you the best for the new year.

Speaking of new year, that's when our next show will be, and Amy Orlomoski will make the banjos and fiddles ring in the new year.  Don't miss it. 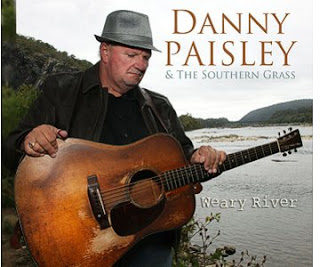 On the Sunday before Christmas, you would expect to hear a lot of Christmas music during our Bluegrass Cafe, wouldn't you?  In the case of today's show, you wouldn't be wrong!  We pulled a whole lot of Bluegrass Christmas music out to share on Sunday, and we ended up playing a bunch of it.  Still, we left time to play some new music from the wonderful new recording by Danny Paisley & the Southern Grass -- "Weary River," was recently released on Patuxent Music.  Fabulous!

If that wasn't enough fun for one program, we included a little bit of a "salute" to the sometimes-sad/all-the-time delightful Christmas music of Buck Owens, as well as a few songs from the Delmore Brothers' song catalog (Alton Delmore's birthdate was December 25, 1908) done up in a Bluegrass treatment. 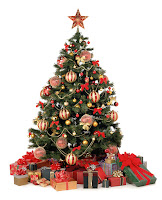 Hope you were entertained by our program today, and that you'll be sure to join Jim for the last 2015 edition of the show next Sunday!  I'll see you on the air again next year!


Posted by Bluegrass Cafe at 10:52 PM No comments: 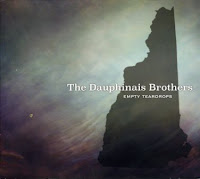 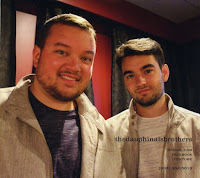 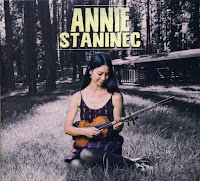 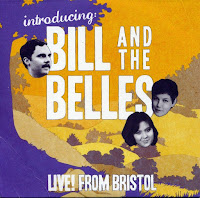 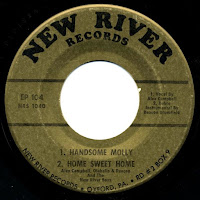 We always like to go back and hear some of the great bluegrass DJ Ray Davis' "basement" recordings, and we did that with a classic 1993 segment with the Gillis Brothers this time around. 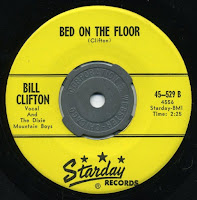 There was more, so check out the playlist.

Amy will be with you next week making the banjos and fiddles ring, so don't forget to tune in. 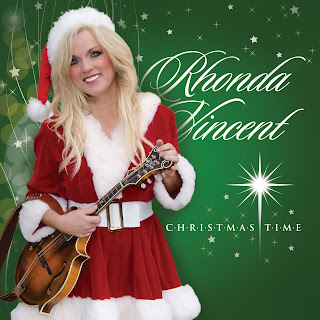 On this first Sunday of December, Bluegrass Christmas music was on the playlist agenda.  The whole playlist was not not Christmas, but we included some new Bluegrass Christmas recordings for 2015 from Rhonda Vincent, Becky Buller, and Doyle Lawson & Quicksilver.  We also shared a few older Christmas songs from Reno & Smiley, the Nashville Bluegrass Band, Laurie Lewis & Tom Rozum, and Tony Trischka.  In addition, to celebrate the first day of Hanukkah, we shared a version of "In The Window" from the Claire Lynch Band's "Holiday!" recording from 2014.

The show began with approximately 30 minutes' worth of Bluegrass with New England ties, including songs from Joe Val & the New England Bluegrass Boys, the Lilly Brothers & Don Stover (not New Englanders by birth, but certainly a HUGE impact on the world of Bluegrass in New England), the Old Time Bluegrass Singers, the Tidwell Brothers & the Cedar Mountain Boys, White Mountain Bluegrass, Stonewall Bluegrass, the Bear Bridge Band, and Fred Pike, Sam Tidwell & the Kennebec Valley Boys. 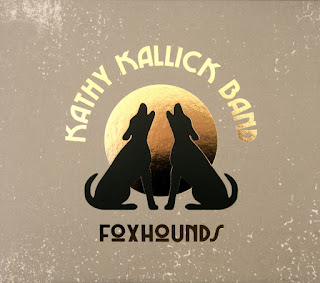 We always try to make new music a big part of our show, and Sunday's was no exception.  In addition to newer Christmas music, we received a fine new recording from the Kathy Kallick Band ("Foxhounds" on Kathy's own Live Oak Records) that we shared on the radio.  Other 2015 releases found some airplay, too; those selections came from Alan Bibey & Grasstowne, Mark Kuykendall, Bobby Hicks & Asheville Bluegrass, the Tennessee Mafia Jug Band, the Feinberg Brothers, Sideline, Volume Five, and the Gibson Brothers.

Hope you heard something you enjoyed on the airwaves on Sunday!  Be sure to join Jim for another edition of our Bluegrass Cafe next Sunday afternoon -- 4-7PM.

Posted by Bluegrass Cafe at 10:22 PM No comments:

This show was made special because we were able to snag David Peterson who was visiting family in the area over the Thanksgiving holiday.  David spent most of the show with us selecting and discussing music to air, and picking and singing five songs for us live on the air.  We had a wonderful time, and I hope you did, too. 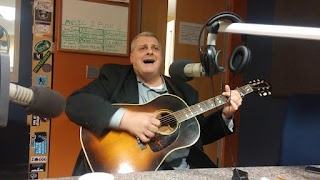 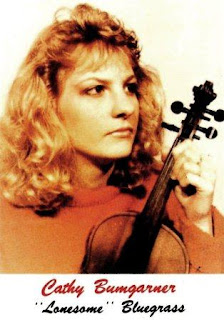 In the playlist below, songs that David picked from our archives to share are in blue, and the songs David performed live are in bold red.

We kicked-off the Bluegrass Cafe with a surprising find from the past week -- a tune from a 1989 cassette released by long-time WHUS friend and former and future DJ, Cathy Bumgarner Day.  We hope to hear more from Cathy, both musically and carrying on hosting duties, in the future at Bluegrass Cafe.


Amy will make the banjos and fiddles ring next Sunday, so don't miss it.

Hope you're all having a wonderful Thanksgiving weekend with your friends and family!  This holiday week at WHUS has provided lots of opportunities for several of us non-students to do "extra" radio programs, and I got to do one on Friday morning as Jimmy T. was away from his "Sugar Shack."  The music that formed my playlist was one small portion of Christmas music and one large portion of music celebrating the Grand Ole Opry -- WSM's broadcast gem that officially began broadcasting on Nashville's WSM on November 28, 1925.  Many of the songs played were drawn from live recordings made during Grand Ole Opry broadcasts, spanning from the late 1940s to the decade of the 1960s.  Other songs were not live Opry recordings, but were performed by folks who were major stars of the Grand Ole Opry at one time, including Roy Acuff, Bill Monroe,  and Ernest Tubb.  It was great fun for me -- hope you enjoyed it, too!

If you're interested in learning more of the Grand Ole Opry's rich history, there are several books filled with wonderful photos and information.  Here are just a couple of recommendations: 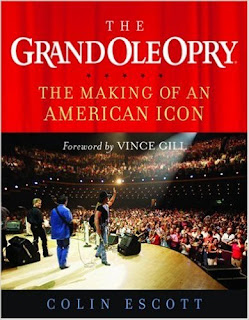 The Grand Ole Opry:  The Making Of An American Icon by Colin Escott (Center Street, 2006) 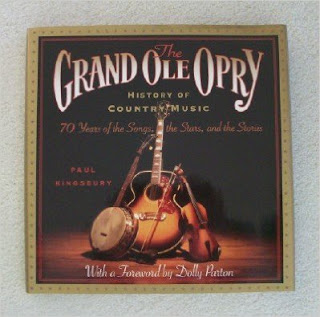 
Enjoy the rest of your weekend!  Be sure to join Jim in the Bluegrass Cafe on Sunday afternoon.  Rumor has it that he may even be hosting a special in-studio guest.  Tune in to find out at 4PM, won't you?  :)

Posted by Bluegrass Cafe at 8:11 PM No comments:

On this Sunday before Thanksgiving, we opened the show with four songs with titles that were either turkey-related or eating-related.  Those seemed like logical choices to start our three hours on the ol' radio today. 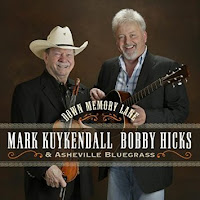 While the majority of songs we played came from older recordings, we still found quite a few records from 2015 to share.  Among them were selections from the South Carolina Broadcasters, Big Country Bluegrass, Darren & Brooke Aldridge, Lorraine Jordan & Carolina Road, the Feinberg Brothers, Nothin' Fancy, Unspoken Tradition, and Russell Moore & IIIrd Tyme Out.  We also featured a couple of numbers from a new band from North Carolina:  Mark Kuykendall, Bobby Hicks & Asheville Bluegrass. 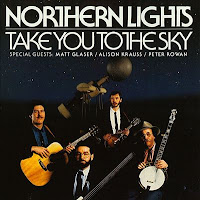 In addition, we remembered Mike Kropp -- a longtime banjo player with Northern Lights who died on November 10th.

Best wishes to you all for a very Happy Thanksgiving!

Posted by Bluegrass Cafe at 11:14 PM No comments: