Today's edition of the show included the things that I'm guessing listeners have come to expect from the BG Cafe:  a mixture of newer tunes, older music from classic performers, and, for good measure, birthday tributes to three country music legends.

On February 25th, the one and only Ralph Stanley celebrated his 85th birthday.  We likely could have filled the whole program with the music of the Stanleys -- Ralph with Carter, as well as on his own, and with a whole passel of other performers -- but we opted for opening the show with four songs with which Ralph is connected.  While the Stanley Brothers haven't yet been inducted into the Country Music Hall of Fame, two other Hall of Famers would also have celebrated their 80th birthdays this weekend.  The late Faron Young (February 25, 1932-December 10, 1996) and Johnny Cash (February 26, 1932-September 12, 2003) both left behind an amazing legacy of music, and like many other country music performers who first found fame in the 1950s, a great deal of their music has been recorded by BG performers through the years.  We couldn't let the show pass without including BG covers of both Cash and Young.

Newer music on the show came from two forthcoming CDs from the Spinney Brothers ("Memories" will be released by Mountain Fever Records on March 13th) and Lou Reid & Carolina (whose self-produced "Callin' Me Back Home" should be out by mid-April).  There seems to be a trend of some kind in BG where radio receives single releases through a downloadable service called AirPlayDirect, sometimes months before the actual CD comes out.  I suppose none of this is much different than in "the old days" when individual songs were released as 45s or CD singles before a full record came out.  It can be kind of a tease, I know, but I'm sure these recordings from both the Spinneys and Lou & Carolina will be top-notch when they arrive at WHUS.  Can't wait!

In addition, there was new (and new-to-us) music from Maine's Maranacook String Band, fiddler/mandolin picker Merl Johnson, and a quite good, young band from Florida called Flatt Lonesome, as well as Dailey & Vincent, Laurie Lewis, Freeman & Williams, the Heather Berry & Tony Mabe Show, and Too Blue.

Every now and then, I have a nostalgic moment where I feel the need to bring out and play some records that my brother, Dave, played frequently around the house while I was growing up.  This week, that record was from Oneco's Pike Family & the Pine Hill Ranchers, and their Rebel record titled, "To Warm And Comfort You."  I'm not sure what year this LP came out, but it couldn't have been too much before young Earleen Pike's death at the age of 18 in August 1972.  Earleen's banjo playing uncle, Fred Pike, is kind of a legend in the world of New England BG, and I remember always being somewhat impressed that two members of the Pine Hill Ranchers were from my little hometown in eastern CT.  We also included a current song from Earleen's brother, Gordon, and his band's (Gelina & Pike's Mainly Grass) CD.

Hope you enjoyed something you heard on the show today -- be sure to join Jim next Sunday for another edition of the BG Cafe.

Posted by Bluegrass Cafe at 11:05 PM 2 comments: Links to this post

This show aired as folks were returning from the Joe Val Bluegrass Festival, so the goal was to keep it interesting after a weekend of outstanding music.

We played songs from several of the artists appearing at Joe Val, including Michael Cleveland & Flamekeeper, The Reunion Band, The Spinney Brothers, Blue Highway, Darin & Brooke Aldridge, Amy Gallatin & Stillwaters, The Manic Mountain Boys, and The Steep Canyon Rangers.  We also played a solo tune from Mr. Al Hawkes who was seen all over the festival in numerous jam sessions. 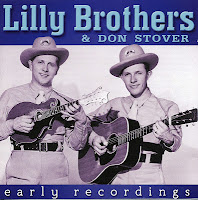 We had a good time mining our archives for some great classic material that included songs from Delia Bell & Bill Grant, Bill Monroe, John Duffey, Flatt & Scruggs, and The Lilly Brothers & Don Stover.

Some not-yet-classic-but-great songs on this show were from Connecticut regional band Shady Creek, California band Peter Feldmann & The Pea Patch Quintet, and Taylors Grove - a duet from Maine who performs excellent versions of old time songs.

One of the news items that was announced during the Joe Val Festival was the move this year of the Podunk Bluegrass Festival from East Hartford, CT, to a larger facility in Norwich, CT.  It is great to see bluegrass festivals growing in the northeast!

Amy will be making the banjos and fiddles ring on the next Bluegrass Cafe, so be sure to tune in.


Title / Artist / Album / Label
Posted by Jim Beaver at 9:47 PM No comments: Links to this post 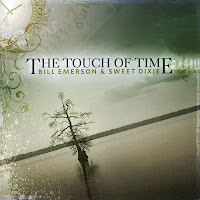 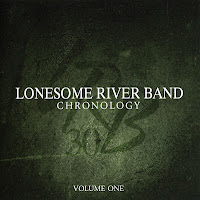 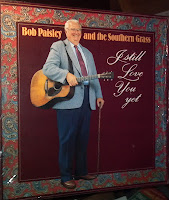 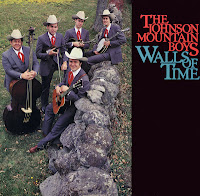 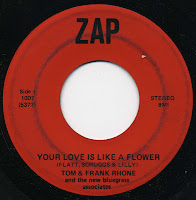 We also brought a couple of rarities and some comedy to the mix, including a 1985 LP from Bob Paisley, an obscure 45 single from 1972 on the Zap label by Tom & Frank Rhone and the New Bluegrass Associates, some classic bits from Jerry Clower, and our feature album, The Johnson Mountain Boys' 1982 LP "Walls of Time."

Amy and I both will be at the Joe Val Bluegrass Festival in Framingham, MA, this weekend, so be sure to say howdy if you see us.   I'll be racing back Sunday to bring you the next Bluegrass Cafe which  you may be able to hear on your way back from Joe Val.

Title / Artist / Album / Label
Posted by Jim Beaver at 9:38 PM No comments: Links to this post

To go along with the football "vibe" for the day, we tried to make Sunday's BG Cafe pretty "super," too.  Hopefully, we were able to come at least a little bit close...

The main "theme" of the show today was the upcoming 27th Joe Val Bluegrass Festival, to be held February 17-19 at the Sheraton Framingham in Framingham, MA.  Every year, the hardworking volunteers of the Boston Bluegrass Union spend 6-8 months putting together this winter event that has come to be known as a "family reunion" of sorts for those who attend.  In addition, there is a terrific lineup on the Main Stage with some top-notch performers, including Blue Highway, Michael Cleveland & Flamekeeper, the Whites, Special Consensus, Sierra Hull & Highway 111, Claire Lynch, Della Mae, the Steep Canyon Rangers, the Spinney Brothers, Jimmy Gaudreau & Moondi Klein with Jonathan Edwards, Darin & Brooke Aldridge, and the Josh Williams Band.  Also on the Main Stage, you'll be able to hear regional favorites like Boston's Reunion Band, Maine's Evergreen, and Connecticut's very own, Amy Gallatin & Stillwaters.  There are other bands, playing, too, that you won't want to miss.  For more information on all of them, as well as the many Showcase bands, workshop offerings, and Heritage Award winners, click here.

In addition to playing music from a lot of the performers who'll be playing at Joe Val, we got a nice inside look at the festival from long-time organizer, Gerry Katz.  Gerry spent several minutes telling us about the lineup and all of the fabulous offerings at Joe Val, and then, allowed us to give away some day passes to the festival (which was really quite easy to do -- no surprise).  Many thanks to all of the fine Boston Bluegrass Union organizers and volunteers, and thanks again to Gerry for coming on the air to talk with us.  If you didn't win festival tickets today, be sure to join Jim next Sunday, as he'll have more day passes to give away. 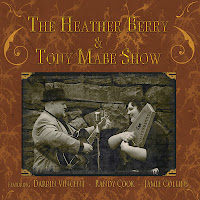 If talk about Joe Val and its lineup wasn't enough for you, we also shared some brand new music from the mighty fine recording by Virginia songbird, Heather Berry, and her husband, Tony Mabe.  Together, they're calling their act "The Heather Berry & Tony Mabe Show," and their new CD on Mountain Fever Records is really very excellent.  If you're a fan of the music of early performers like the Carter Family, or just enjoy female vocalists with very pure voices, you're sure to enjoy the music of these two talented performers. 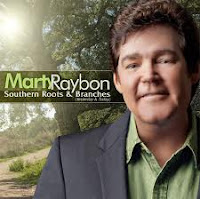 Be sure to join Jim in the BG Cafe next Sunday afternoon -- he'll have a whole lot of great music to share, and you'll not want to miss hearing it!

Have a fine week!

REQUESTS ARE RED; JOE VAL PERFORMERS ARE BROWN.
Posted by Bluegrass Cafe at 11:47 PM No comments: Links to this post

Joe Val tix -- will you win some today?

On the BG Cafe today, we'll take some time in the middle of the program -- about 5:30PM -- to chat with the Boston Bluegrass Union's Gerry Katz, one of the organizers of the upcoming 27th Joe Val Bluegrass Festival.  As always, there are A LOT of great things going on at Joe Val, including, a whole bunch of terrific music on the Main Stage from folks like Blue Highway, Michael Cleveland & Flamekeeper, the Whites, Special Consensus, Sierra Hull & Highway 111, the Steep Canyon Rangers, Claire Lynch, Jimmy Gaudreau & Moondi Klein, Darin & Brooke Aldridge, the Spinney Brothers, and a few more.  If that lineup isn't enough, there are many very fine regional bands performing on the Showcase Stage, tons of workshops, and plenty of socializing and picking.  This all happens at the Sheraton Framingham in Framingham, MA on February 17, 18, and 19, and, as always, the hotel is sold out.  However, you'll have an opportunity to pick up some day passes today after our conversation with Gerry.


More information on the festival can be found by clicking here.


Hope you can find the time time today to listen in to the BG Cafe -- 4PM-7PM.


Posted by Bluegrass Cafe at 1:27 PM No comments: Links to this post