Since the middle of May, I've been doing an extra two-hour show on Friday mornings from 8-10AM.  In a way, this Friday show is kind of fun, as, unless you listen to Internet radio or subscribe to Sirius, you probably don't hear a whole lot of classic country music on the radio.  Doing this second show gives me a bit more room to "stretch out" beyond the boundaries of what I might normally play on a fairly traditional BG show.  However, the show being on Friday mornings just don't work so well for a variety of reasons, so, beginning June 22nd, Steve Herzog will be taking over the timeslot, and I'm sure he'll play some interesting singer/songwriter/folkish music.  Ah, the variety you can find on college radio... 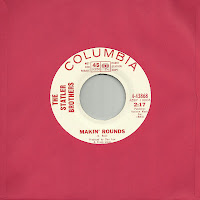 While I didn't really focus on any particular theme for this fill-in, I decided to start the show with some fog-related songs, as the trip to Storrs on Friday morning was definitely a foggy one.  I also managed to put together a couple of songs from my all-time favorites, the Statler Brothers.  Ostensibly, the reason for Statler tunes was to celebrate the 67th birthday of lead singer, Don Reid, but really, do I need an excuse to play the Statlers?  Nope. 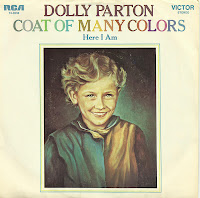 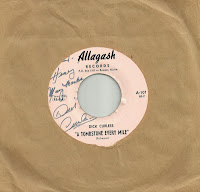 One of the Statlers' attempts to follow up on the success of "Flowers On The Wall" in October 1965 was a not-too-wonderful composition by a young Don Reid called, "Makin' Rounds" (recorded April 1966).  That song came from a 45 single record, which I don't normally play on the air.  The host of the early Friday morning program on WHUS, Mustapha, has been telling me that he sometimes tries to play ALL 45s during his 2-hour program, and in the day and age of CDs and programmed iPods, playing all vinyl on the air is a real rarity.  However, I was a bit inspired by Mustapha, so I dug out 5 45s.  That's not enough to make a full two-hour program, but it was enough for me!  Besides the Statlers, there was music from 45s by Dolly Parton, Merle Haggard, Dick Curless, and a Porter/Dolly duet.  Playing all vinyl recordings would be a tremendous challenge, but maybe that will happen for me again someday... 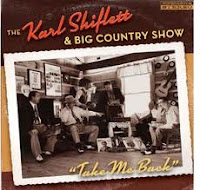 There was also a bit of time on Friday for new music from Travers Chandler & Avery County -- Jim debuted the Mountain Fever Records release called "Pardon Me..." a few weeks ago; as well as a new CD on Pinecastle from Karl Shiflett & Big Country Show called "Take Me Back."  The fun thing about the Shiflett record is that it includes a new band member for Big Country Show -- eastern CT's own Dany Bureau on scrub board.  Way to go, Dany!  Doubtless, you'll be hearing more from both of these projects, plus the new Rounder tribute to Earl Scruggs on "BG Cafe" in future weeks.