It looks like I'll be doing a summer fill-in from 8-10AM on Fridays for a little bit longer, although I'm told there's someone who might be stepping in to fill the timeslot later on in June.  We shall see.  In the meantime, once again, I fully enjoyed my two-hour show this morning, and I was able to play the very fun combo (for me, anyway) of classic country and BG tunes. 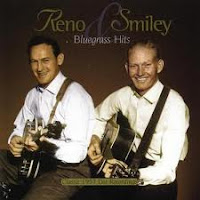 On Friday, we spent a bit of time remembering the musical partners, Johnnie Wright (born May 13, 1914) and Jack Anglin (born May 13, 1916) with some of their great songs, as well as a couple of tunes they wrote for Johnnie's wife, Kitty Wells.  We also celebrated the lives of two Bluegrass greats who were both born on May 17th -- Arthur Lee "Red" Smiley in 1925 and in 1918, the wonderful, oh-so-fun-to-watch fiddler, Paul Warren. 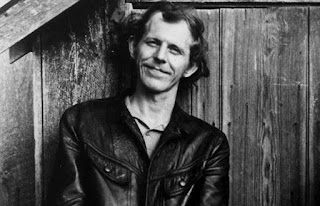 In addition, we featured a number of songs from banjo great, Doug Dillard, who died this past Wednesday (May 16th) at the age of 75.  One of the original members of the Dillards, Doug was with the band as they brought BG to mainstream America through their appearances on "The Andy Griffith Show."  He later went on to be one of the pioneers in the world of country rock, and we explored a bit of that on Friday's program.  During the BG Cafe this coming Sunday, there'll be lots more music -- concentrating more on the Bluegrass, I'm thinking -- from Doug Dillard and the Dillards, so do join me, if you can...