What a busy Bluegrass weekend it was here in Connecticut!  Congratulations to Roger Moss, Brian Hall, and all of the hardworking Podunk board members and volunteers for making the "sweet 16" edition of the Podunk Bluegrass Festival a great, memorable time for a whole lot of folks.  It's pretty easy to see why this team won the 2010 IBMA Event of the Year award...could there be another win in the future?  Time will tell... 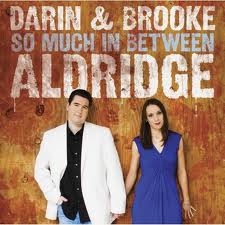 So, while I was able to be at Podunk on both Friday and Saturday, for today's show, I chose to play a few tunes from some of the performers I was able to see and hear in my time in East Hartford.  Among those:  Dan Paisley & the Southern Grass, Chris Jones & the Night Drivers, Jim Hurst, the Steep Canyon Rangers, and Darin & Brooke Aldridge.

As always, new music was on the agenda, as well, and with that, we played tunes from the aforementioned Darin & Brooke Aldridge (who have a great new CD on Mountain Home), as well as a North Carolina Band called Dehlia Low, the forthcoming Rounder project from Blue Highway, solo projects from Tommy Webb and banjo picker, Lee Marcus, as well as all-gospel CDs from Paul Williams & the Victory Trio and Rodney Dillard & the Dillard Band. 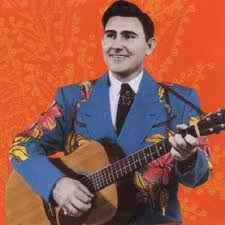 If you've ever listened to the show, you probably know that I like to salute the country singers of year's past.  Today, I played a BG versions of four songs originally made popular by the most successful country singer of the 1950s, Webb Pierce.  This Country Music Hall of Famer would have celebrated his 90th birthday this week, as he was born on August 8, 1921 (and died February 24, 1991).  Like so many of his country music contemporaries, Pierce's music has been mined for the BG world, so why not listen to a bit of it this week?
Finally, we were able to give away two pairs of passes to the upcoming Saddleback Mountain Bluegrass Festival which takes place August 12 & 13 in Rangeley, Maine.  With a lineup that includes Ricky Skaggs & Kentucky Thunder, as well as Michael Cleveland & Flamekeeper, we had no problems giving away these tickets.  Thanks to Saddleback promoter and organizer, Mark Robie, for offering them to our listeners.
I'll be back in the BG Cafe with you next Sunday afternoon, as Jim will be enjoying the hard driving sounds of Larry Gillis, who will be at the Firebox Restaurant in Hartford next week.  If you can't be at the Firebox, by all means, listen to the ol' radio for a good dose of the BG, won't you?
Have a good week!
Amy