This is the time of year all the "best of" lists start showing up.  While I have resisted creating such a list up until now on the grounds that there is too much really good music to narrow it down to a few "bests," I am breaking that tradition this year, primarily because there are some releases that are under the radar that deserve recognition.  I call it my "favorites" rather than best because it is a more accurate term.  My taste runs more traditional and old-timey, and the list reflects that fact. 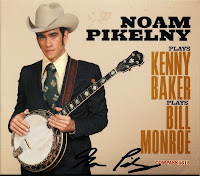 This one really isn't under anyone's radar, but the spectacular combination of Noam's virtuoso banjo and Kenny Baker's fiddle tunes does much to advance the state of the art of bluegrass while respecting and bringing attention to the traditions of the past.  This is an inspired project. 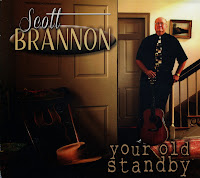 Scott has been under most people's radar for a while unless you live in the vicinity of Washington DC.  It was there that DJ Ray Davis, who just retired this year, introduced Scott to the WAMU audience more than 15 years ago by way of his famous "basement tapes."   You will be hard pressed to find a modern singer who evokes the old-time traditions in bluegrass as much as Scott Brannon. 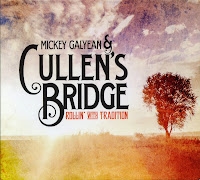 After a distinguished but mostly regional career playing the Mt. Airy/Galax style of bluegrass, the sound of which bears his influence, Cullen Galyean passed away in 2010, but his son Mickey inherited the bluegrass bug from his dad, and began releasing some great traditional bluegrass with the group Rich In Tradition a few years ago.  Their release on the Mountain Roads label is highly recommended.  Mickey has since formed Cullen's Bridge to honor the music of his father.  This first release is right down the traditional path and promises even better things to come. 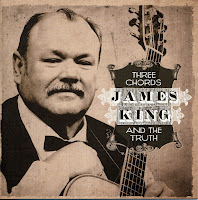 Folks will be playing James King records decades from now, so it has been an anxious seven-year wait for some new material from James.  While the Rounder label has forsaken most of their old-time and traditional roots for more commercial material in recent years since being acquired by Concord, this recording was truly inspired.  Having James King sing classic country in his bluegrass style makes the songs all his. James even tackles "He Stopped Loving Her Today," the great George Jones classic, and pulls it off better than most. 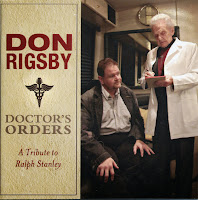 Don gave me a preview of this album in 2011 and I nearly jumped out of my skin waiting for the official release which didn't happen until this year.  It includes some current and former Clinch Mountain Boys such as James Alan Shelton, Larry Sparks, Ricky Skaggs, and Charlie Sizemore, but also the best Stanley-style banjo picker today, Steve Sparkman.  This is one of the best performed and most loving tributes to the Stanley style ever made.  Even Dr. Ralph makes appearances on tenor vocal and clawhammer banjo. 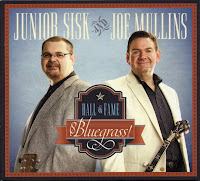 The concept behind this collection was to select songs associated with artists who have been inducted into the Bluegrass Hall of Fame and make an album.  The kicker is that Junior and Joe do not normally record or perform together, though both are well known keepers of the traditional flame.  The album is excellent and touches on a list of names in the HoF too numerous to list here.  The album certainly will be an award contender next year. 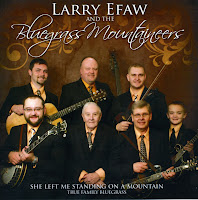 Lord have mercy!  Where have these guys been hiding?!  The driving archtop banjo of Tom Isaac, the bell-like tenor vocal of John Bryan, and the steady mandolin and lead singing of leader Larry Efaw make this one of the best traditional releases of the year.  Apparently heretofore a regional band from the bluegrass hotbed of Akron OH, this broader release on the Hall's label might change that.  The music is very much in the mountain style with some excellent new material from Larry and Edward Efaw, Dixie and Tom T. Hall, and some obscure gems from the Sloas Brothers and others.  If you like Clinch Mountain music or Johnson Mountain Boys, you will like this album. 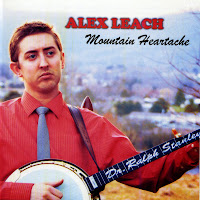 This album reminds us that regardless of all the more-famous artists out there, sometimes the real creative crucible of a genre can reside tucked away in a place you must seek out.  Alex Leach is a DJ with an encyclopedic knowledge of traditional bluegrass, especially the mountain style, who has been on the air at WDVX near Knoxville since he was eight years old.  He plays pretty much all instruments well, and sang lead and picked guitar with Larry Gillis while still a teen.  That's when I first met him.  He still does the DJ gig when he is not traveling as Ralph Stanley II's banjo picker or filling in for another artist.  The original title track of this album, written by Alex Leach and Rafe Waters, is my favorite of the year.  It contains enough pathos to make you ache, and demonstrates that new material does not need to morph the genre to be compelling or exciting.  This album is mostly Alex with a little help from John Rigsby, Ralph Stanley II, and Eddie Lovelace on the bass.  It mines the old-time and deep-catalog bluegrass songs and makes them fresh again.  Seek it out.
Posted by Jim Beaver at 9:16 PM

This is a thoughtfully conceived list of some of the best of traditional bluegrass being released in 2013. Well presented,Jim!

Thanks for taking a look, Ted.